This is Daniel Whyte III with the Second Coming Watch Update. This is update #911. Let’s take a quick look at today’s prophecy-related headlines which point towards the Second Coming of the Lord Jesus Christ and the end of the world as we know it.

First, today, under the Sign category of PESTILENCES & FATAL EPIDEMIC DISEASES — According to The Daily Star, Fears China could be hiding its true coronavirus death toll have been sparked as 21.5 million people failed to register for the country’s artificial intelligence software. Citizens in China cannot buy food, or log in online without using their facial recognition, suggesting the disappearance, quarantine, or death of 21.5 million people. In the months of January and February the coronavirus bulldozed its way through China, causing much of the country to go into lockdown. The virus itself originated in China, with wet markets in Wuhan [WOO-HAHN], in the country’s Hubei [HOO-BAY] province, said to be the original epicentre of the outbreak. China is slowly coming out of the government-imposed lockdown, and life is going back to normal, but the Artificial Intelligence Organisation reports nearly 21.5 million people have failed to register their mobile phones. The country requires its citizens to use their mobiles to travel, shop online and activate social media. Chinese officials have not explained the large hole in mobile registrations, prompting some to theorise it could be altering death tolls of the COVID-19 outbreak.

Second, today, under the Sign category of FAMINES — According to The Daily Star, footage has shown millions of locusts forming small groups in the desert to battle high winds as a plague continues to sweep across east Africa, the Middle East and Asia. Billions of locusts have ravaged crops in Kenya, Somalia and Ethiopia in recent months – leading to food shortages in countries that already suffer severe poverty. Swarms as big as 60 kilometres across have also spread to Saudi Arabia, India, Pakistan and even China. Apocalyptic footage has surfaced showing skies turning black as the bugs swarm over cities. Authorities in Saudi Arabia have desperately tried to stem the locust invasion by spraying thousands of litres of pesticides in agricultural regions. Fears have mounted, though, that a second wave of locusts could soon arrive after they were seen hatching in Kenya.

Third, today, under the Sign category of PESTILENCES & FATAL EPIDEMIC DISEASES — According to CNN, Spain has now seen more deaths from the coronavirus pandemic than any other country except Italy, with officials warning that the peak of its outbreak has still not been reached. The Ministries of Health and Science announced Wednesday the nation has recorded 3,434 deaths from COVID-19, pushing it above China in total fatalities. The numbers are up 27% on the day before. Spain is under a countrywide lockdown, and top health official Fernando Simon predicted the nation had still not reached the crest of its outbreak.

Fourth, today, under the Sign category of EARTHQUAKES IN DIVERS PLACES — According to Newsweek, A 7.5 magnitude earthquake has been recorded beneath the northern Pacific Ocean near Russia’s Kuril [KU-RILL] Islands. The quake struck at 2:49 a.m. on Wednesday at a depth of around 37 miles. The epicenter was located 136 miles south-southeast of Severo-Kurilsk [SEH-VER-OH KU-RILL-ISK] on the island chain, and 870 miles northeast of the Japanese city of Sapporo [SAH-PUR-ROH].

Fifth, today, under the Sign category of PESTILENCES & FATAL EPIDEMIC DISEASES — According to Haaretz, Major Orthodox Jewish organizations in the United States are asking community members to limit preparations for Passover to essentials only, in light of government health guidelines. They wrote in a letter, “We are accustomed to honoring Pesach to the fullest degree, including getting haircuts, purchasing new clothing and tableware, and preparing the fullest menus. This year’s public health crisis mandates us to significantly limit all of the above.” Essential Passover purchases are to be done by “one family member only – who is neither ill, vulnerable, nor of known exposure to COVID-19 – as rarely and as briefly as possible.” In addition, the organizations called for people to cancel Passover travel plans.

The prophetic passage of Scripture that we are looking at today is Ezekiel 16:60-63. It reads: “Nevertheless I will remember my covenant with thee in the days of thy youth, and I will establish unto thee an everlasting covenant. Then thou shalt remember thy ways, and be ashamed, when thou shalt receive thy sisters, thine elder and thy younger: and I will give them unto thee for daughters, but not by thy covenant. And I will establish my covenant with thee; and thou shalt know that I am the Lord: That thou mayest remember, and be confounded, and never open thy mouth any more because of thy shame, when I am pacified toward thee for all that thou hast done, saith the Lord God.”

Allow me to share with you some commentary on this passage from Exploring Bible Prophecy from Genesis to Revelation, by Tim LaHaye and Ed Hindson.

This prophecy follows Ezekiel’s most severe denunciation and condemnation of national Israel. In these verses the prophet describes the origin of Israel and its moral defection. The condition of the nation is described as “harlotry,” which refers to ceremonial uncleanness communicated by contact with whatever is ritually impure or polluting–for example, illicit sexual activity and unclean animals. Sometimes the simile of a “menstruous (unclean) woman” is employed to depict the “unapproachableness” of Israel. This condition is said to have been incurred by bad “moral conduct” and “reckless deeds.” Therefore, just as the ceremonial impurity of the menstruous woman separates her from the sphere of that which is considered holy, so the conduct of Israel has caused her to be removed from the Holy Land. The analogy of menstruation occurs in Ezekiel 18:6, 22:10, and 36:17, and may have had further intention of showing the Lord’s spatial separation (that is, withdrawal of the divine presence), just as a man was commanded to distance himself from a menstruating woman.

If the Lord tarries His Coming and we live, we will continue looking at the prophetic passages of the Bible in our next broadcast / podcast.

Our Second Coming quote for today is from Vance Havner. He said, “Some of the saints are SINGING about the Second Coming, but it is one thing just to sing the national anthem during the war and quite another to go into battle. The best evidence that the Lord’s return has really gotten hold of us is when we occupy till He come, do business for God, buy up the opportunities, because the days are evil.”

If you are not ready for the return of Jesus Christ, may I encourage you to get ready today by receiving Him as your Savior. Here is how.

First, accept the fact that you are a sinner, and that you have broken God’s law. The Bible says in Romans 3:23: “For all have sinned and come short of the glory of God.”

Second, accept the fact that there is a penalty for sin. The Bible states in Romans 6:23: “For the wages of sin is death…”

Third, accept the fact that you are on the road to hell. Jesus Christ said in Matthew 10:28: “And fear not them which kill the body, but are not able to kill the soul: but rather fear him which is able to destroy both soul and body in hell.” Also, the Bible states in Revelation 21:8: “But the fearful, and unbelieving, and the abominable, and murderers, and whoremongers and sorcerers, and idolaters, and all liars, shall have their part in the lake which burneth with fire and brimstone: which is the second death.”

Now that is bad news, but here is the good news. Jesus Christ said in John 3:16: “For God so loved the world, that he gave his only begotten Son, that whosoever believeth in him should not perish, but have everlasting life.”

Just believe in your heart that Jesus Christ died for your sins, was buried, and rose from the dead by the power of God for you so that you can live eternally with Him. Pray and ask Him to come into your heart today, and He will. Romans 10:13 says, “For whosoever shall call upon the name of the Lord shall be saved.”

Keep looking up for your redemption draweth nigh. Let us join in the prayer of John the Revelator — “Even so, come, Lord Jesus.” God bless you. 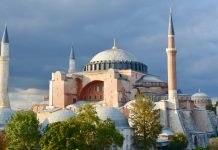 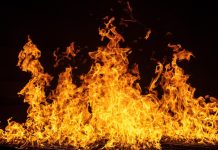