Christian Headlines report – Actress Mayim Bialik discusses her faith and admits that Hollywood is not receptive to people who hold religious convictions.

The Jewish actress, who is best known for her role as “Blossom” on the TV series “The Big Bang Theory” says that celebrities who stand strongly by their faith will get flack for it, Fox News reports.

Bialik cites her recent trip to Israel to visit a friend in the Israel Defense Forces as an example of the negativity in Hollywood associated with religion.

“That’s what’s amazing…simply by going to Israel this summer and saying nothing more than, ‘I’ve gone to Israel,’ I got the same amount of hatred and threats and anti-Semitism for actually making a statement trying to support people whether I like it or not are serving in an army,” she stated.

“That reveals the truth,” she continued. “It really doesn’t matter what I support or believe the fact that I’m Jewish and go there is enough – that should be alarming to most people.”

Bailik said that people of faith in Hollywood tend to congregate together because it can be tough to maintain one’s faith in such an environment.

“I think in general it’s never going to be trendy to be observant or religious in Hollywood circles,” Bialik stated.
Bialik also said that she and her family often attend synagogue or observe the Sabbath at home with a meal.
Bialik also opened up about the intersection of her faith and science since she holds a degree in neuroscience. The actress stated that she is often questioned on her faith by people who think faith and science are incompatible.

“I have an unwavering faith in a power greater than myself and I don’t think that will change any more than my belief in gravity will change,” she said.

Lastly, the actress also discussed her commitment to modesty.

“Being a modest dresser, that for me is a certain amount of my religious faith — privacy and chastity. Just because I have a body, doesn’t mean it means to be on display,” Bialik stated. 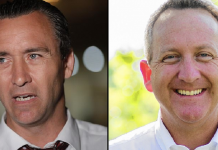 Daniel Whyte III Warns Pastors Across America Not to Follow These Pastors in Defying Shelter-in-Place Orders and Common Sense Because It is Not ‘Satan...

Daniel Whyte III Warns Pastors Across America Not to Follow These...