Christian post report– Author and noted Christian apologist Alex McFarland will be leading an apologetics tour across the United States meant to focus on keeping young people in the church.

Called “Stand Strong,” the first stop for the tour will be Friday at Tennessee Valley Community Church in Paris, Tennessee, near Nashville.

In an interview with The Christian Post, McFarland explained that the roots of the Stand Strong series of events stemmed from his experiences meeting Christian youths on past speaking engagements.

“I meet so many young people who come from Christian homes or maybe went to a Christian school, K through 12, and yet they get to college they have a real faith crisis,” McFarland said. “It always breaks my heart when I see young people that really become agnostic, if not atheist, because they get to the university and they’re confronted with the objections to the faith and they don’t know how to answer it.”

McFarland also told CP that “we’re trying to evangelize the young people” so as to “equip them” to “defend their faith.”

“We believe that it’s time for a whole new generation to experience 1st Peter 3:15 in becoming ready always to give an answer, a defense for the faith,” continued McFarland.

In addition to Tennessee, during the year Stand Strong will hold events in Ohio and Alabama. Earlier this week Stand Strong aslo secured a location for an event in South Carolina.

McFarland explained to CP that he hopes the Stand Strong tour will have at least one speaking event in each of the lower 48 states in the next five years.

Another major speaker who’ll be part of Stand Strong is Jason Jimenez, a speaker, Christian apologist, and experienced youth pastor.

Jimenez told CP that Stand Strong was meant to serve as a “more mobile” version of the annual Truth for New Generation apologetics conference.

“We want to reach the parents, but we also want to reach the young people. So depending on whatever the needs are in the community, Stand Strong lends itself to have a strong biblical worldview weekend conference,” said Jimenez.

“It was trying to get something a little bit more mobile that wasn’t as big, as expensive and that we can hit a lot of churches around the country, equipping them biblically.”

Jimenez added that Stand Strong meets “a growing need” found nationwide with churches trying to keep the faith among youths.

“You get a lot of people who are there, but you don’t know if they’re saved or if they are saved but are very biblically illiterate,” said Jimenez.

“We have a lot of these young people who attend church, but a lot of them as they are getting older they are becoming de-churched.” 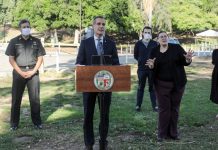 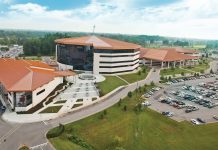 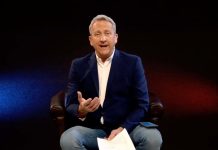