Most Rev Thabo Makgoba and other church leaders asked some of the migrants to leave Cape Town’s Methodist Church on Friday due to overcrowding.

The migrants, mostly from other African countries, were staging a sit-in in the church after being forced to leave the offices of the UN’s refugee agency (UNHCR) in Cape Town two weeks prior.


The crowd demanded that they be resettled in another country and be given refugee status as they don’t feel safe in South Africa due to a recent spike in xenophobic violence.

JP Balous, a man speaking on behalf of the refugees told a local news channel that they have “been treated like rubbish”.

Witnesses said the fight started after a Congolese church leader had the microphone snatched out of his hand and was beaten up by an angry crowd. 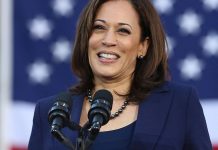 Joe Biden nominates Kamala Harris for VP: What your place in the world says about your view of the world

7 Ways for Pastors to Re-focus on the Great Commission

Coming Together as a Country in the Wake of Tragedy