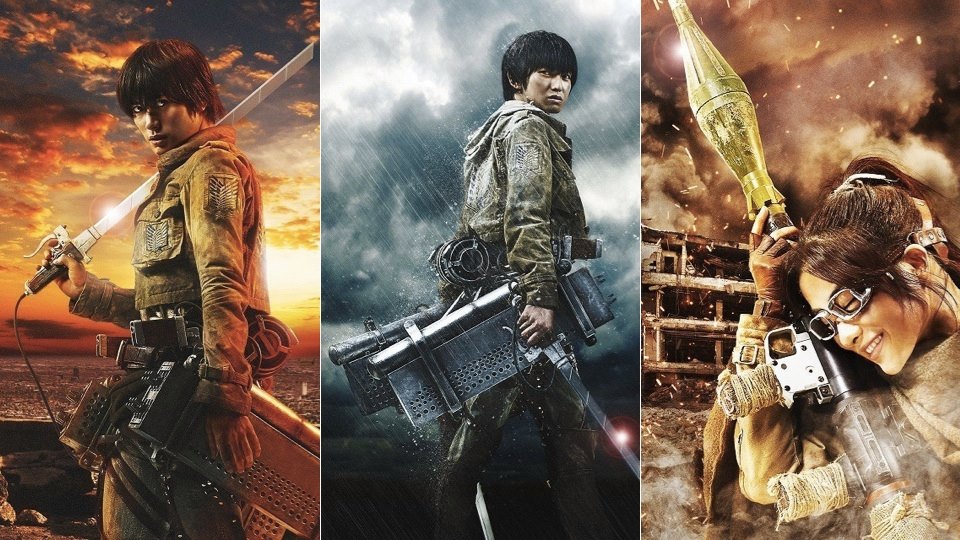 Christian Post Report – After the cast of the live-action movie adaptation of the hit post-apocalyptic series, “Attack on Titan” (Japanese title: Shingeki no Kyojin) was introduced last year, the first, recently released trailer of the upcoming big screen offering circulated online and it took the fans by storm.

A report from Comic Book cited a Japanese television program broadcasting the first brief footage of the “Attack on Titan” live-action film.

Although indecipherable for non-Nihongo speakers and western fans, the video, as presented by the TV show offers a great deal of what to expect in the upcoming title.

As detailed out, the promo teases the infamous Titans that appear to be slightly different from both the manga and the anime series’ creatures.

Nonetheless, the giant humanoid entities were featured looming around the walled city scooping up humans and devouring them.

It was further reported that the full-length feature was written by author Hajime Isayama and the screenplay by Tomohiro Machiyama. Meanwhile, “Dragon Ball Z: Battle of Gods” helmer Yusuke Watanabe was credited for the direction of the film.

What started off as a 2009 manga series written and illustrated by Isayama, “Attack On Titan” branched off into other media like light novels, anime series, video games, movie compilation, and this time, a live-action film.

The fiction, as a whole, follows characters Eren Yeager (Japanese actor Miura Haruma), his adopted sister, Mikasa Ackerman (Mizuhara Kiku), and their childhood friend, Armin Arlert, as they tread on a grim world plagued with people-eating giants called the Titans.

Check out the video below: