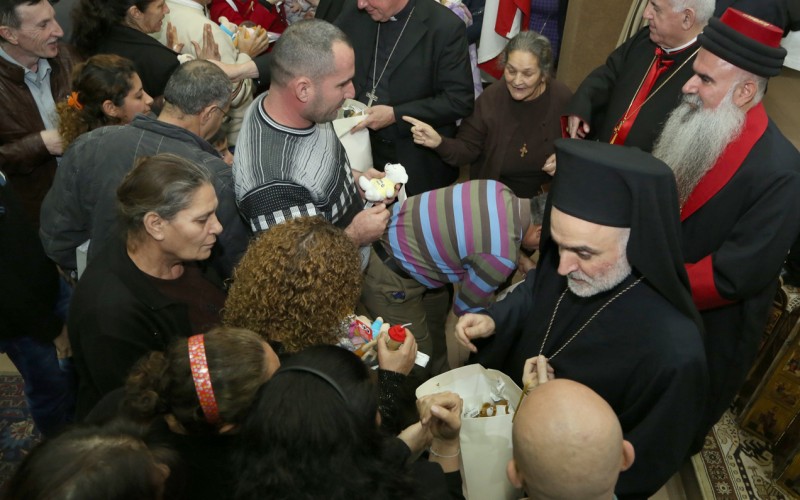 Christ is being “reborn again in the lowly stable” this Christmas because of the remarkable faith of Iraqi Christians who were driven out of their homes, a group of Australian bishops have said after visiting refugees in Lebanon and the displaced in Erbil, Iraq.

The December 15-19 mission of the seven bishops was aimed at offering spiritual support, humanitarian aid and hope to Christians exiled from their homes in Mosul and the Nineveh Plain after they refused to convert to Islam.

Around 120,000 Christians were displaced in the incursions last summer by ISIS militants. Nuns and clergy, including bishops, are among the displaced in Irbil, the capital of the Kurdistan region of Iraq.

During the visit to Iraq, the bishops met families still camped in tents on church grounds, in half-finished buildings or in pre-fabricated huts in Erbil as well as in some surrounding villages.

“So many of the people we met said, ‘We lost our homes, our lands, our jobs, all our possessions — everything — but we will not lose our faith,” Archbishop Julian Porteous of Hobart told Catholic News Service in Beirut. “You can feel the faith.”

An elderly woman told the bishops that when she was threatened by the Islamic militants and ordered to convert to Islam, she defiantly responded: “I am a Christian. I will not convert. You can kill me if you want.”

“We saw extraordinary courage and depth of commitment to the Christian faith,” Archbishop Porteous said. “It is quite remarkable…Read More