Christian Today report– The General Bishop of the Coptic Orthodox Church in the UK has said we must pray for and forgive Islamic State militants in the wake of a video purporting to show the beheading of 21 Egyptian Christians by the terrorist group.

“I think as Christians that’s our mandate, it’s what we do. I don’t see it as being difficult,” Bishop Angaelos told Christian Today.

“Of course it will sometimes go against what people want, but as Christians we must forgive. I will continue to advocate for people who are oppressed, and to stand up for those who do not have a voice of their own, but when it comes to crimes perpetrated against us, there is only one way forward, and that is to forgive. If we don’t forgive what do we have? Retaliation, resentment and anger, but no solution and no closure.”

Islamic State issued a video on Sunday claiming to show the beheading of a group of Egyptian Christians who had been kidnapped in Libya.

The five-minute video is titled: “A message signed with blood to the nation of the cross” and the men are identified as “people of the cross, the followers of the hostile Egyptian Church.” They are shown being marched to a beach and forced to kneel on the sand.

In a message to the “crusaders”, a masked insurgent holding a knife says his fellow militants are “chopping off the heads of those that have been carrying the cross illusion.” All 21 are then murdered.

The crime has been universally condemned. David Cameron said it was an “inhumane act”, and that the UK would continue its “efforts to defeat the monstrosity of Islamist extremism”. He phoned Bishop Angaelos personally today to express his condolences; a gesture the latter described as powerful.

However, the bishop has said it is imperative that Christians respond in prayer, not aggression.

“While it may seem illogical or incomprehensible, we…pray for those who have carried out these horrific crimes, that the value of God’s creation and human life may become more evident to them, and in this realisation, that the wider effects of pain brought by this and other acts of brutality may be realised and avoided,” he said in a statement released today.

“We pray for an end to the dehumanisation of captives who become mere commodities to be bartered, traded and negotiated with.”

Speaking to Christian Today, the bishop spoke further of the brutality of the murders, and of the “dehumanisation of these men who were marched up the beach like trophies”.

The men had travelled to Libya to find work, and their families relied on them to provide financially, he said. “Not only will there be an emotional impact, but a concrete material impact” on those they leave behind.

Muslims and Christians in Egypt are equally horrified by the incident, Bishop Angaelos added, and both communities have stood together in the face of the atrocity. It’s not just Christians that are being targeted by extremists. “We need to remember that there are Muslim fishermen still held by IS,” he said.

Egypt has already begun carrying out airstrikes against Islamic State targets in Libya in response to the video, but the bishop suggested it unlikely that more violence will bring about a peaceful resolution.

“I think it’s going to be challenging, and we need to change our approach; the things we’ve tried in the past haven’t worked, and we need to keep trying new things,” he said.

“There is no solution but coexistence…How we arrive at that, I don’t know if I have an answer right now, but we need to keep working to find an answer.”

The bishop remains adamant that “every life is sacred and every death tragic” – including those of militants.

“The particular brutality demonstrated in this instance and others like it shows not only a disregard for life but a gross misunderstanding of its sanctity and equal value in every person,” he said.

“We cannot remember our Coptic brothers without also remembering all those who have lost their lives in equally brutal circumstances: journalists, aid workers, medical staff, religious leaders, a young pilot and communities that are considered incompatible with a fringe and intolerant element.”

He called on the international community to find a peaceful resolution to the conflict. “War and violence are destructive and wasteful, particularly of human life,” he told Christian Today. 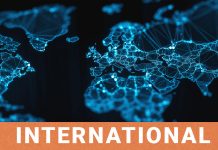 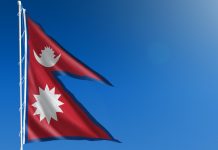 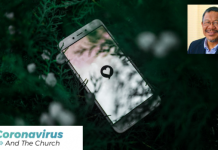