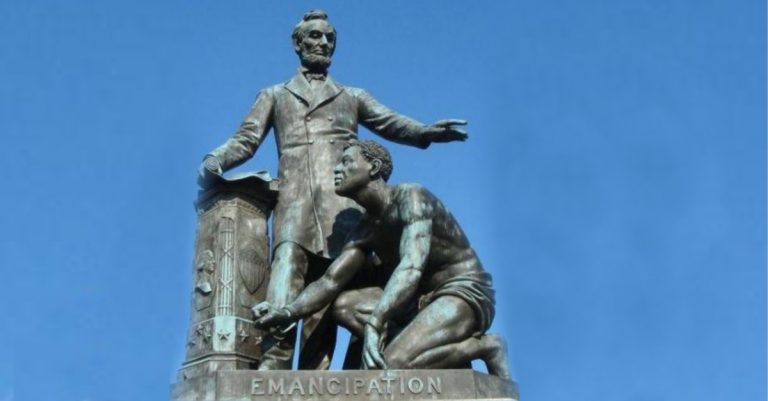 Boston city officials say they will remove a much-debated statue of Abraham Lincoln that depicts the 16th president freeing a slave.

The Emancipation Group statue in Boston is a replica of the original Emancipation Memorial in Washington, D.C., and shows Lincoln standing over a slave named Archer Alexander who is on one knee but is no longer in bondage. The word “Emancipation” is engraved on the base.

The original memorial in Washington was erected in 1876 and funded solely by freed slaves, “primarily from African American Union veterans,” according to the National Park Service. The statue was the idea of Charlotte Scott, a freed slave who launched a fundraiser to pay “homage to the President who had issued the Emancipation Proclamation that liberated the slaves in the Confederate States,” according to the NPS website. Frederick Douglass spoke at the statue’s dedication.

The memorial’s official name in Washington, D.C. is the Freedmen’s Memorial Monument to Abraham Lincoln.

The Boston Art Commission voted Tuesday to remove the replica, which has stood in Park Square since 1879. Boston Mayor Martin J. Walsh supported the move. The commission said in a blog that many criticized the statue’s “visual representation of Archer Alexander as the passive recipient of Lincoln’s gift of freedom.”

“Many also feel that it inaccurately implies that one person is…