We’ve moved into a new era of approaching the Bible, controversial Christian author and speaker Brian McLaren says. It’s an era that could see Christians abandoning the idea that there is one ‘right’ way of interpreting Scripture – an era he calls Bible 3.0.

Bible 3.0, as McLaren characterises it, is an approach that sees the Bible less as inerrant and more as being “in conversation with everything and everyone”. It is an approach to Scripture that has been made necessary, if not inevitable, by the unprecedented access readers of the Bible have to a broad range of readings and interpretations of the Bible through the internet. Whereas in the past, Christians might have had to go to another denomination’s church or part of the world to hear a different take on Scripture, today the internet allows us to immediately access a myriad of different interpretations of the same text.

“Now everybody can hear how everybody else is interpreting the Bible,” he says. And the result is that we can no longer assume that all smart, good people interpret it the way our pastor, fellowship or denomination does. “Mastering one way of dealing with the Bible is not going to carry the weight it used to. We’re going to have to deal with the fact that this book is contested.”

Throughout history, he says, the Bible has been contested – by biology, history, psychology, genetics and other intellectual movements. What is different about this era, that is key to Bible 3.0, is the fact that everyone can now be involved in challenging not just what the Bible says, but the way we have traditionally understood what it says. “It’s not just that it’s being challenged and contested, it’s that everybody knows it is being challenged and contested.”

In his opening talk at the festival, Greenbelt regular McLaren described Bible 1.0 in terms of the medieval Catholic approach to Scripture, when most Christians were illiterate and had never held a Bible, much less read one. “Bible 1.0 was read and controlled by the religious elite,” he says, and used at times to entrench or exert authority. Bible 1.0 relied on inerrant leaders, the Church elite, to interpret Scripture and explain to ordinary Christians how they should understand the portions of it they had heard.

In most evangelical and fundamentalist churches today, Bible 2.0 is very much still in force and, as a result, he says we have “started sorting ourselves based on how a certain set of scholars interpreted the Bible.” This is most obvious in the fact that, depending on which Bible school or theological seminary a pastor goes to, there will be certain scholars that one simply could not quote. “There still is a control over the Bible’s interpretation,” he says, even if we have unprecedented access to Scripture itself.

The very fact that so many people are now aware of how many different interpretations there are of single passages or entire books of the Bible is helping to move us into the era of Bible 3.0. Under Bible 3.0, he says, it doesn’t matter that the Bible is inerrant, because so many us derive completely different meanings from the same inspired, inerrant texts.

McLaren doesn’t see the world of Bible 3.0 as a threat to Christianity or to respect and reverence for the Bible, though. While he acknowledges that some people will simply go to the Bible for encouraging quotes, without looking for context, broader or deeper meaning, he is confident that Bible 3.0, with its “emerging, collective intelligence” about the Bible, will not mean giving up the idea of inspiration, just “an openness to inspiration coming to you in fresh and different ways.”

He is not blind to the concerns of conservative evangelicals, however. “Bible 1.0 didn’t give up to Bible 2.0 without a fight,” he says. “And it’s very difficult for Bible 2.0 to imagine a world of Bible 3.0.” He remains, however, optimistic. “If we are ready, we are going to discover the Bible as better, deeper and richer than before.” 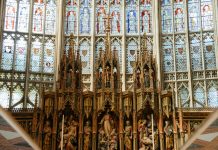 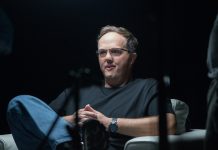 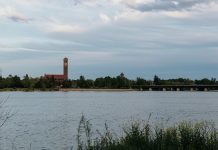