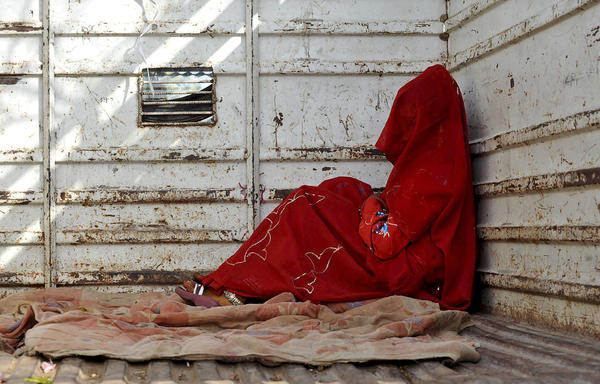 It’s a decision that activists have hailed as an important step towards ending child marriages.

Indian law says a woman must be at least 18 to marry and consent to sex, but there are exceptions and a man was permitted to have sex, even forcibly, with a girl as young as 15, as long as she was his wife.

The Supreme Court in New Delhi ruled on Wednesday that sexual intercourse with a girl younger than 18 is rape.

Mandy Marshall is the director of Restored, which is an international Christian domestic abuse education charity.

She told Premier this is could be the beginning for more rights for girls and women in the country.

She said: “It’s bringing consistency in the laws within India.

“The child protection laws already prohibit an adult having sex with someone below the age of 18, but this new law actually recognises there’s a lot of child marriage in India and wanting to make that unacceptable.

“It’s a positive step in the right direction but there’s a heck of a long way to go for changing the culture around child marriage in India.”

According to the 2011 government census, the percentage of under-18 marriages in India was as high as 47 per cent.

The government estimates that child marriages in rural areas are three times higher than in urban centres.

Marshall added that although the law seems to be going in the right direction, a cultural change will take longer to happen.

She told Premier: “We’ve worked with Christian organisations in India that know it’s a problem linked with poverty and status and illiteracy, and that needs to change.

“They see girls as a burden rather than seeing a child as precious and honoured in God’s sight, and worth of dignity and respect as much as a boy child.”