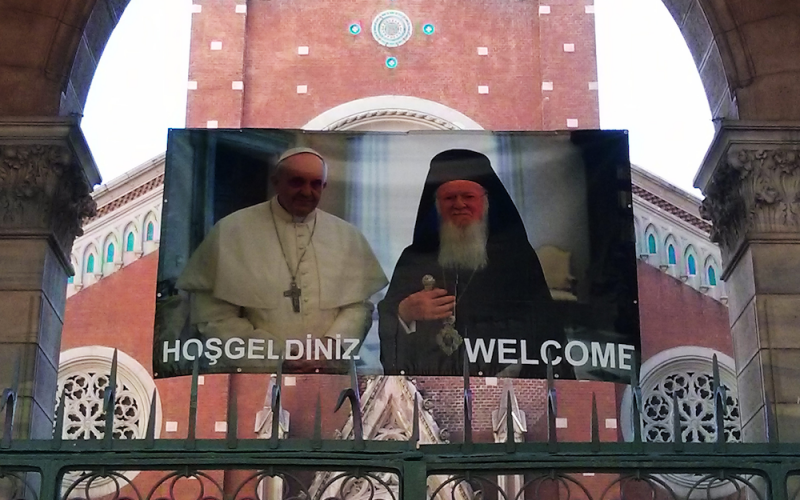 Pope Francis is likely to meet Christian refugees from Iraq and Syria during his trip to Turkey. The Holy Father is due to arrive on November 28 for a three-day trip to the Muslim country.

Although the Pope’s official agenda in Turkey does not include any meetings with refugees, Vatican spokesman Jesuit Father Federico Lombardi has said that some may be present when the Pope meets students from Catholic schools across the Middle East on Saturday.

It is believed that Pope Francis will repeat previous calls for protection of minorities in the Middle East. More than 100,000 Christians were forced out of their homes in Nineveh, northern Iraq, this summer by ISIS. Many in the region have accused Turkey, as well as Saudi Arabia and Qatar, of supporting the terrorist group in its war against Bashar al-Assad’s regime in Syria. ISIS are also at war with Kurdish fighters, who the Turkish government regard as terrorists.

President Recep Tayyip Erdogan is also a controversial figure for pushing back some of the secularisation programme of Mustafa Atatürk, the founder of the Turkish republic.

This year he reversed the ban on women wearing headscarves in universities, and he has also claimed that Muslims discovered America centuries before Christopher Colombus, and that Islam has only ever fought wars of defence.

In August, the Holy Father said the use of force against ISIS could be justified, breaking recent Vatican policy of opposing all intervention in the region.

The Pope will most likely praise Turkey for the number of Syrian refugees it has looked after, with over one and a half million refugees currently in the country.