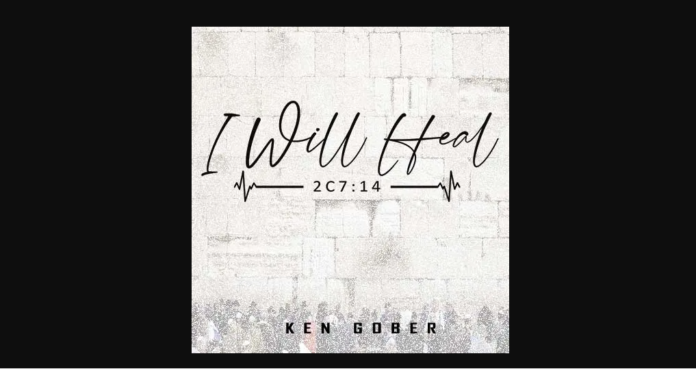 Ken Gober releases his new single, “I Will Heal,” today – a song of hope and restoration for a world that needs encouragement now more than ever.

Although life has thrown me a few curves, I remain thankful for each of my life experiences. I’m humbled by the opportunity to inspire and uplift others through music.”
— Ken Gober

NASHVILLE, TN, USA, March 5, 2021 – Contemporary Christian singer-songwriter Ken Gober has released his new single, “I Will Heal” – a song of hope and restoration for a world that needs encouragement now more than ever. The new single from his forthcoming EP is available today from 4LifeMusick Entertainment wherever digital music is sold.

Watch the “I Will Heal” Music Video: https://youtu.be/YP5poVQt-CU

Gober is known for making music that is soulful, warm, and powerful, with a sound that reflects the grit and heart of struggle and a melody filled with inspiration and hope. Born and raised in Gary, Indiana, just outside Chicago, Gober is the son of a well-known local gospel artist who exposed him to the thriving Midwest music scene that was a focal point for gospel, soul, and blues.

But at just 23, his life took a dark and dangerous turn as he found himself addicted to drugs and alcohol. The turning point came when he checked himself into a 28-day rehabilitation program which allowed God to stir his spirit. During recovery, Gober rediscovered his love for music that had been with him since childhood. Through writing and performing his own songs, he was able to reignite his inner sense of strength, hope, and optimism that had been lost.

In the years that followed, Gober focused on slowly rebuilding his life. This led him to Atlanta, Georgia in pursuit of a career in music and later to cities across the globe in Europe, the Caribbean, the Middle East, and Asia as he toured with the international show band Exotique. These experiences would form the basis of his debut solo album, Soul of a Man: The Journey(2008), which serves as a gritty and emotional recounting of his trials, tribulations, and triumphs. The album gained recognition for its fresh and visceral sound, and Gober won Best New Male Gospel Artist at the 2008 Black Music Awards in Las Vegas.

Now living in Nashville, Tennessee, Gober is working on a long-awaited follow-up album, with the first single being the timely, “I Will Heal.”

“Although life has thrown me a few curves, I remain thankful for each of my life experiences,” says Gober. “I’m humbled by the opportunity to inspire and uplift others through music.”