Churches in Egypt on their Guard Against Terrorist Attacks 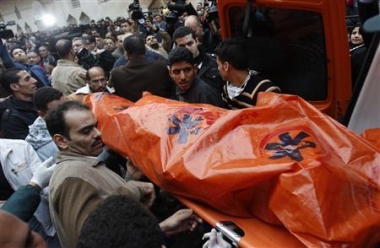 With the holiday celebrations just a few days away, Egyptian Christian churches are on high alert against possible attacks from Islamic extremist groups.

Authorities said that terrorists were possibly plotting an attack on places of worship during the Christmas and New Year’s Eve services, which usually see churches packed.

Open Doors reports that police forces have raised their alert status to the highest level, particularly in areas near churches during the Christmas celebrations.

However, no cancellation of scheduled services has been requested by authorities.

In January 2010, at least six Coptic Christians and a security official were killed in a drive-by shooting outside a church in Naj Hammadi. The incident happened after a midnight mass on Coptic Christmas Eve.

In January the following year, at least 21 people were killed and 70 were hurt after a bomb exploded outside the al-Qiddissin (Saints) Church in the Sidi Bechr district of Alexandria. The bombing happened during a New Year’s Eve service that was attended by approximately 1,000 people.

A Christian leader in Egypt said, “Egyptian Christians are asking for prayers for God’s protection to paralyse the hands of the evil one so no terrorist attack, no shooting, no fear may spoil the joy and cause the loss of any lives or any injuries during the Christmas and the New Year’s Eve celebrations.”