The long-standing notion that America is “one nation under God” is under attack in Oklahoma City, Oklahoma, after city officials gave the OK for a satanic black mass at the Civic Center on Sept. 21.

Thousands are responding. In fact, more than 37,000 concerned Americans already have called on the Civic Center to cancel the sacrilegious black mass, voicing their opposition through an online petition sponsored by the American Society for the Defense of Tradition, Family and Property (TFP).

“The black mass is an attempt to rip God out of the fabric of our nation. That’s why more and more people are joining the protest,” says TFP Student Action Director John Ritchie. “The sole purpose of the black mass is to attack God, the Catholic Mass and the Holy Eucharist in a most obscene, indecent and hateful manner. Satanists typically steal a consecrated Host from a Church to desecrate in unspeakable ways.

“Why is the Civic Center facilitating and advertising this sacrilege, using its tax-funded facility as a platform to attack God and demean all God-loving Americans?” asked Ritchie. “This event harms the common good on many levels. It forces Civic Center employees and government workers to assist, or work in close proximity to, an event that targets the Catholic Faith.”

Although Civic Center manager Jim Brown claims the “Black Mass” is part of free speech, Ritchie disagrees: “Don’t fall for it—sacrilege is not free speech. And I find it so strange how children in America can’t pray to God in school, but satanists are apparently free to attack God in this government-run venue.

Archbishop Paul Coakley of Oklahoma City expressed his concern: “I ask those who are allowing this event to reconsider whether this is an appropriate use of public space. We trust that community leaders—and, in particular, the board members of the Oklahoma City Civic Center—do not actually wish to enable or encourage such a flagrantly inflammatory event and can surely remedy this situation.”

A similar “Black Mass” scheduled at Harvard University in May was canceled due to widespread protest.

“We’re praying this one gets canceled too,” Ritchie concluded. 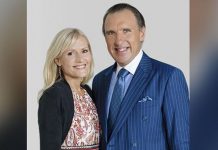 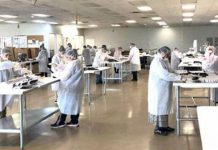 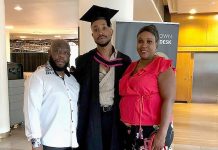 Devastated Son Tells How He Punched Hole in Bathroom Door to Reach Nurse Father, 57, Who Died ‘Gasping for Air’ After Having Just ‘Flimsy...