Religious leaders recently met at the Washington National Cathedral in D.C. to bless a Bible that will be used by the United States Space Force which was announced at the end of 2018.

About 16,000 active duty Air Force personnel — a mix of civilian and military — will be assigned to the Space Force.

“Accept this Bible which we dedicate here today for the United States Space Force,” Hollerith, said, according to NPR. “That all may so diligently search your holy word and find in it the wisdom that leads to peace and salvation, through Jesus Christ our Lord, amen.”

Some, however, criticized the blessing of the Bible. The Military Religious Freedom Foundation (MRFF) said that it… 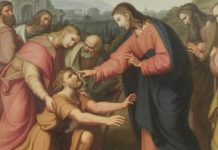 Rev. Mark H. Creech on Do We Need Another ‘Stop Cursing Campaign’? 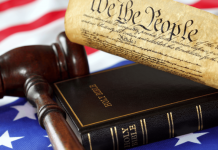 Michael Brown on Am I Exaggerating the Threat to America’s Religious Liberties?