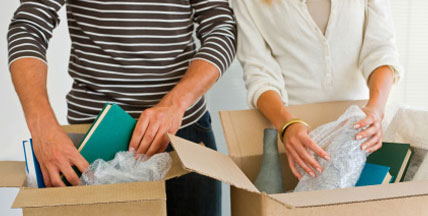 Couples who live together before they get married are at greater risk of getting a divorce, a recently released study has found, supporting previous data.

What is called the “premarital cohabitation effect” continues to be a real phenomenon, according to a study published last month in the Journal of Marriage and Family. This effect, long examined by social scientists, is that those who live together before getting married are more likely to struggle during marriage.

The study, “Cohabitation Experience and Cohabitation’s Association With Marital Dissolution,” from authors Michael Rosenfeld and Katharina Roesler suggests that such struggles involve an increased risk of divorce and that previous research arguing the effect disappeared was biased toward short versus longer-term effects, as noted Wednesday by Scott Stanley and Galena Rhoades at The Institute for Family Studies in Charlottesville, Virginia.

Those who say the negative effects of cohabiting disappeared simply did not have outcomes for divorce far enough out for those who had married in the recent cohorts that they examined, they explain.

Rosenfeld and Roesler found that living together before marriage is linked with lower odds of divorce in the first year of marriage but the odds of divorce rise in every other year tested, a data point that holds across decades of research. For their research they used a harmonized data set of six waves of the retrospective National Surveys of Family Growth — with 216,455 couple-years — analyzing them with discrete time-event history methods to predict marital…