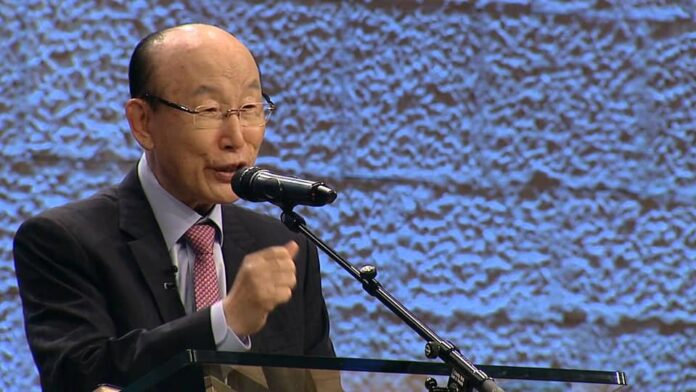 AP, Christian News Now reports — Rev. Cho Yong-gi, whose founding of South Korea‘s biggest church was a symbol of the postwar growth of Christianity in the country before that achievement was tainted by corruption and other scandals, died Tuesday. He was 85.

David Yonggi Cho was a South Korean Christian minister. With his mother-in-law Choi Ja-shil, he was a cofounder of the Yoido Full Gospel Church, the world’s largest congregation, with a claimed membership of 830,000

Cho, an emeritus pastor at Seoul’s Yoido Full Gospel Church, died at a Seoul hospital where he had been treated since he collapsed due to a cerebral hemorrhage in July 2020, the church said.

“He conveyed the gospel of hope to the Korean people who fell into despair after the Korean War,” the church said in a statement. “He was instrumental in growing the Korean church, particularly developing Yoido Full Gospel Church as the world’s largest church.” 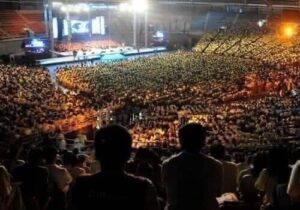 Better known as David Yonggi Cho or Paul Yonggi Cho abroad, the late pastor started his church in Seoul with five worshippers in 1958, when South Korea was still struggling to rebuild itself from the ashes of the 1950-53 Korean War. Under his leadership, the church achieved explosive growth and become a symbol of the rapid growth of Christianity in what was then a deeply Confucian country.

In 1993, the church had more than 700,000 members, making it the world’s biggest church congregation according to Guinness World Records, the church said. Church officials said its membership has since declined to about 600,000 and that they cannot confirm whether their church remains the world’s largest.

It’s still the largest Protestant church in South Korea. Church officials said it has 400 pastors and evangelists in South Korea and 500 missionaries abroad.

Despite his achievement, Cho and his family have been embroiled in scandals in recent years. Read more ….