When it comes to movie sequels, bigger is usually better, right?

In the case of the animated How to Train Your Dragon 2, the answer is yes and no. This time around there are more dragons, characters, explosions, action and at stake, as well as dark scenes.

It’s been five years since Hiccup (voiced by Jay Baruchel) and his night fury dragon, Toothless, successfully united dragons and vikings on the island of Berk. Hiccup is set to succeed his father, Stoick (Gerard Butler), as chief of Berk, but the young man is reluctant because he is not sure he wants to be the village’s leader.

While Astrid (America Ferrera), Snotlout (Jonah Hill), Fishlegs (Christopher Mintz-Plasse) and the rest of the gang are challenging each other to dragon races (the island’s new favorite contact sport), Hiccup and Toothless journey through the skies, charting unmapped territories and exploring new worlds.

When one of their adventures leads to the discovery of a secret ice cave that is home to hundreds of new wild dragons and the mysterious Dragon Rider, the two friends find themselves at the center of a battle to protect the peace. Now, Hiccup and Toothless must unite to stand up for what they believe while recognizing that only together do they have the power to change the future of both men and dragons.

But things take a turn when Hiccup’s mom shows up. Carried away by a dragon 20 years earlier, Valka (Cate Blanchett) has been presumed dead. Instead, she has lived in a utopian-like enclave of dragons, communicating and caring for those wounded by dragon hunters led by the evil Drago Bludvist (Djimon Hounsou).

“You have the heart of a chief. And the soul of a dragon,” Valka tells her son.

How to Train Your Dragon 2 is a touching, quite emotional story about family relationships, but it’s also a war story with battle scenes reminiscent of The Lord of the Rings movies—albeit without blood or gore, but it’s still not the typical animated combat fare.

On the positive side, the movie values self-sacrifice, good versus evil, being a peacemaker and character building. But the makers of How to Train Your Dragon 2 could have made a more family-friendly flick by taking a less-is-more approach with the movie’s darker and mature elements.

Content Watch: How to Train Your Dragon 2 is rated PG for adventure action, some mild rude humor and brief language. The battle scenes are extended and somewhat violent. There is not a lot of gore, but there are casualties. There is a very intense and dark scene involving a character’s death about three-fourths of the way into the movie. There is no blood, and the camera cuts away from it, but the scene and build up in nature is scary. There is a funeral reference to Valhalla, located in the Norse mythological city of Asgard. Referencing Norse deities, there are exclamations of “Gods help us all” and “Oh my gods.” Valka is first shown donning a tribal mask, while acting like a shaman in connecting with the dragons. Twice, two different pairs of characters kiss each other on the mouth. There is a covert reference to homosexuality. One character is missing an arm, which may frighten younger children. Some of the new dragons may also frighten younger kids.

Bill Withers, Hall of Fame Soul Singer of Enduring Hits Such as “Lean on Me” and “Lovely Day”, Dead at 81 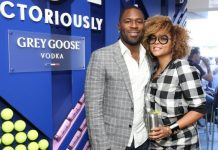