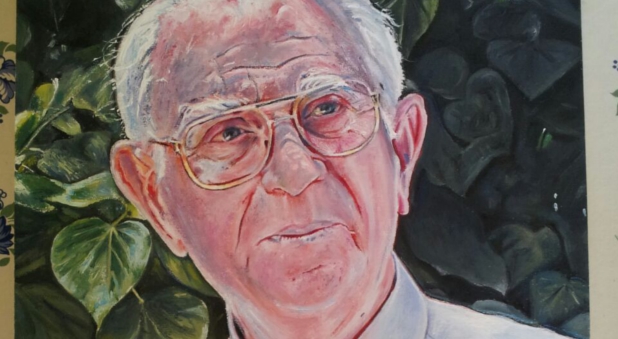 Victor Smadja was born in French Colonial Tunisia in 1931. At the young age of 16 he lost his father who was taken out of Tunisia and murdered in the Holocaust. Around that same time a brother from England introduced him to the Old and New Testament in French.

After studying and reading the Bible for two years he came to the conclusion that Yeshua (Jesus) is the Messiah. Besides three older sisters in the Lord and his future wife Suzy whom he would meet later in his life, Victor was the only Messianic believing Jew in Tunisia among a sea of Muslims, Jews and Roman Catholics.

After many discussions with Rabbis, Victor decided to immigrate to Israel with the goal of learning Hebrew and to see if Yeshua was really the Jewish Messiah from the Hebrew Perspective.

After returning to Tunisia for a period, Victor and his new wife Suzy moved to Israel in 1956. His vision was to introduce Yeshua the Messiah to the Jewish people. Victor was one of the early Israeli Messianic pioneers who led Israeli believers for many years, even the years when Israeli Messianics numbered only a few dozen. He was persecuted for his faith but remained steadfast in his service bearing much fruit to the glory of God.

Victor was a visionary that worked toward the future and fought for the purity, strengthening and self-sufficiency of the Messianic community in Israel.

For many years, Victor led the young-adult conferences and it was he who established them as essential to the lives many. He also oversaw many children and youth summer camps, led by Warren and Linda Graham, establishing patterns of operation that still exist today… Read More