Lesbian and gay clergy in the Church of England are living in fear of their bishops, and many are angry at what they feel to be “hypocrisy”, according to lobbyists campaigning for change.

Changing Attitude is urging the Church’s bishops accept and celebrate same-sex partnerships, including marriage. The organisation wants clergy and congregations to be free to conduct services of thanksgiving and blessing for married same-sex couples, and the threat of sanctions against clergy who marry to be removed.

Two male clergy have so far publicly defied the ban and married their partners. In London, Father Andrew Cain married his partner Stephen Foreshaw in June and both changed their surnames to Foreshaw-Cain. In April, Canon Jeremy Pemberton, an NHS chaplain in Lincolnshire, married his partner Laurence Cunnington and as a result was blocked by his bishop from taking a job with the NHS in Nottinghamshire, leading to the offer being withdrawn.

The Church’s stance, reinforced in a pastoral guidance document published by the bishops earlier this year, has been condemned within and outside the Church by those in favour of same sex marriage. Bishops face growing pressure to soften their position when they meet next week to start a new process of “shared conversations” on sexuality, scripture and mission.

In a letter to every bishop and elected senior woman, the trustees of Changing Attitude say the change in attitude and practice which the shared conversations are designed to explore has already taken place.

Changing Attitude says some lesbian and gay clergy have married or are intending to marry. The organisation also notes that the attitude and practice of many bishops has already changed, with many already saying the Church of England should include LGBTI people equally in ministry and relationship. Some bishops give their blessing and approval to civil partnered lesbian and gay couples without asking whether the relationship is sexually intimate, the organisation says.

Rev Colin Coward, director of Changing Attitude England, said: “The internal divisions in the House of Bishops over the Pastoral Guidance and the policy about same-sex marriage are all too obvious. The Pastoral Guidance issued in February never had sufficient support from the whole House and was unworkable from the start.

“The change is not sudden or superficial. It has been evolving for decades as the secular movements for justice for LGBTI people and the Christian campaigns for equality have developed and matured.

“There is a noticeable increase in despair and depression among LGBTI clergy. Partnered clergy are unwilling to marry and those in civil partnership are reluctant to convert their CP to marriage fearing hostile action from their bishop. LGBTI clergy conclude that they will never be able to move to a new post if they marry and that there is effectively no future for them in the Church of England. Potential ordinands are dissuaded from pursuing a vocation.

“People are angry at what they perceive to be the hypocrisy in the incoherent practice of the House of Bishops and the failure to honour lesbian and gay clergy who marry, are in a civil partnership, known to be living with a partner or in a relationship. The teaching of the House of Bishops is now effectively that lesbian and gay clergy couples should live in an unmarried state rather than committing themselves publicly to one another in fidelity and love. Men and women in ministry no longer want to work in an environment which is deceitful and dishonest.”

The letter addressed to bishops says: “The current ‘don’t ask, don’t tell’ policy is now unworkable. Adult men and women in ministry no longer want to collude with bishops, working in an environment which is deceitful and dishonest, being made responsible for the collusion which hides the secret.” 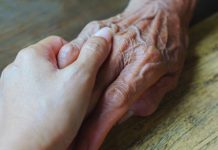 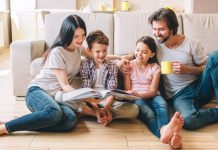