Christian Today report– In a drastic turn from evangelical tradition, the GracePointe Church in Franklin, Tennessee has voted to support gay marriage.

According to The Tennessean, Pastor Stan Mitchell revealed on Friday that the church held two years of intense and “at, times, devastating” discussions before coming to thedecision to support gay marriage when other evangelical churches are sticking to tradition.

Pastor Stan Mitchell, who heads the church, spoke about these discussions during a sermon in a January 11 service. The pastor described hearing stories of “joy” and “unspeakable pain” from the participants. Pastor Mitchell also spoke of close friends in the evangelical community who accused him of betrayal for deciding to bring his congregation in support of gay marriage.

Other people, Mitchell told The Tennessean, found themselves gravitating towards GracePointe because they feel “grateful to have found a place like ours, willing to engage in vital conversations in spite of their difficulty.”

With the change in policy, Mitchell posted on the church’s website that they will now honour and extend full privileges to gay members of the congregation. These privileges include child dedication, leadership opportunities and marriage services, which were previously withheld from them as the church did not yet support gay marriage or relationships.

Mitchell said the privileges will be extended “with the same expectations of faithfulness, sobriety, holiness, fidelity … and willingness as expected of all.”

The GracePointe Church is the second evangelical church in a row in Tennessee to come out in support of gay marriage. The Presbytery of Middle Tennessee also recently voted in favour of supporting gay marriage in the congregation.

According to Ellen T Armour, rector of the Carpenter Program in Religion, Gender and Sexuality, the GracePointe Church’s reversal of its stance towards gay marriage is indicative “(of) the larger transformation that’s been happening in the US” as the American population shows a growing acceptance of gay marriage.

“It’s been happening for a while with Christians in general,” she said. 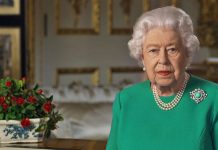 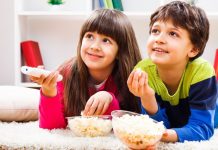 5 Key Coronavirus Stories: From the Infected Navy Carrier Captain to...