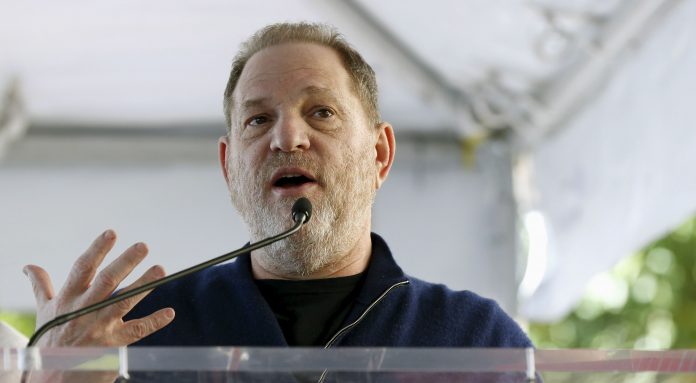 My purpose here is not to throw more stones on the now-disgraced Harvey Weinstein, who is already suffering the consequences of his alleged actions. My purpose is to confront the larger hypocrisy of Hollywood, an industry that has made billions of dollars selling sex, an industry that encourages all kinds of sexploitation.

Let’s put aside the question of whether media giants like NBC initially rejected the Weinstein exposé or whether actors like Matt Damon and Ben Affleck were insincere in their statements against him.

Instead, let’s remember that, for years now, we’ve heard about the “casting couch,” slang for sexual favors aspiring actresses would be expected to show Hollywood execs if they wanted to advance in the industry.

Just look at these headlines, with their dates:

April 23, 2014: “The Dark Side of Hollywood—10 Casting Couch Horror Stories; RadarOnline looks back at the stars who complained of harassment within industry”

And then this one, from Oct. 11, 2017, following the revelations about Weinstein: “Women of Hollywood Tell Their Casting Couch Horror Stories.”

One recent article claims that these sexual abuses in the movie industry date back to the early 1920s. Yes, an AP article published in the Japan Times claims that, “Hollywood’s ‘casting couch’ scandals go back at least to 1921.”

The article begins with this: “For anyone thinking the days of the so-called casting couch were long gone, this past week has been eye-opening. The growing list of women directing allegations at Harvey Weinstein suggests they never left Hollywood.”

The point is that the major players in Hollywood have known about these kinds of things for years, yet most looked the other way. Why? It’s part of the business, and you don’t dare challenge or expose the giants. It will destroy your own career if you do!

Not only so, but many have played the game themselves. To point a finger at others is to point four fingers back at themselves. This has been self-evident to me as a complete outsider who has followed this from a great distance. What do the insiders know?

But it gets worse.

Corey Feldman, who became famous as a child actor, has been shouting out for years now that “Pedophilia is Hollywood’s biggest problem.”

A 2016 article in the Daily Mail starts with these bulleted points:

When asked why he wouldn’t name names, he said, “unfortunately California conveniently enough has a statute of limitations that prevents that from happening. Because if I were to go and mention anybody’s name, I would be the one that would be in legal problems, and I’m the one that would be sued. We should be talking to the district attorneys and the lawmakers in California, especially because this is where the entertainment industry is, and this is a place where adults have more direct and inappropriate connection with children than probably anywhere else in the world.”

I won’t list the names of major Hollywood execs who have been accused of abusing underage boys in recent years, since these remain allegations at this point. But if Feldman (and others) are to be believed, these abusive practices are still rampant in Hollywood—the same Hollywood that is now condemning Harvey Weinstein with such righteous indignation. Shame on them for their hypocrisy.

But there’s more. Hollywood knows quite well that sex sells, as these representative quotes make clear.

Is anyone surprised to read this?

But, once again, it’s easy to point fingers at others. Perhaps the bigger question to ask is this: How many of us who shake our heads in disgust at Harvey Weinstein actually enjoy the sexploitation of the movie industry?

Hollywood, to its lasting shame, is definitely selling sex (and abusing people in the process). The question is: Are we buying it?

Dr. Michael Brown (www.askdrbrown.org) is the host of the nationally syndicated Line of Fire radio program. His latest book is Saving a Sick America: A Prescription for Moral and Cultural Transformation. Connect with him on Facebook or Twitter.

Readers are Leaders! Subscribe now and get 3 magazines for the price of 1. Get Charisma, Ministry Today and SpiritLed Woman all for $24. YES – Sign me up!

3 Reasons Why you should read Life in the Spirit. 1) Get to know the Holy Spirit. 2) Learn to enter God’s presence 3) Hear God’s voice clearly! Click here to draw closer to God!

See an error in this article? Send us a correction