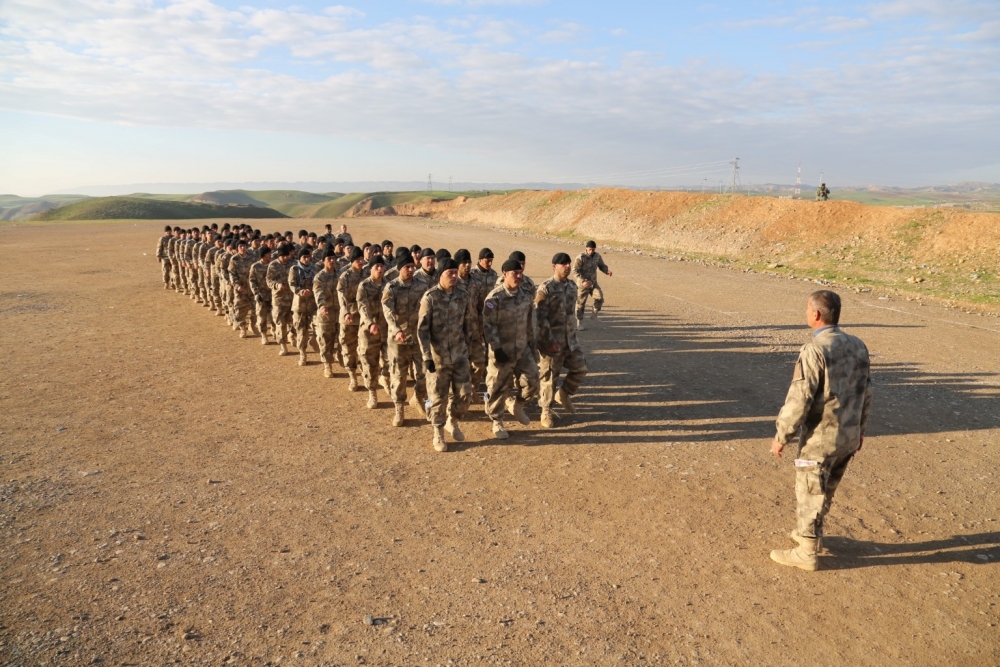 Christian Post Report – Sons of Liberty International, a group headed by Baltimore-native Matthew VanDyke, a renowned Libyan revolutionary and former prisoner of war, has been operating in northern Iraq since December 2014. The organization is training recruits in the Nineveh Plains Protection Unit, a militia made up of a couple thousand Christians.

Matthew VanDyke, the leader of the Sons of Liberty International (SOLI), a group that focuses on training and equipping Iraqi Christian militia to combat ISIS recently discussed the lack of help from outside forces in the region.

He told PRI.org that no one else is helping Christians from Iraq, including the U.S. government.

“They’ve pretty much been abandoned by the international community,” he said.

VanDyke says U.S. State Department officials have expressed approval for what the group is doing in Iraq.

A spokesman for the State Department cast doubt on VanDyke’s statements while reiterating strong warnings against any U.S. citizen traveling to Iraq during the conflict.

“As our Travel Warning for Iraq states, U.S. citizens are warned against all but essential travel to Iraq. The U.S. government does not support private U.S. citizens traveling to Iraq or Syria to fight against ISIS nor do we support any such activities. Any private U.S. citizens/civilians who may have traveled to Iraq or Syria to take part in the activities described are neither in support of nor part of U.S. efforts in the region,” said a U.S. State Dept. official who asked to be unnamed to PRI.org.

“This has been our consistent position on this matter and any suggestion to the contrary would be inaccurate. This is also the message that would been provided to Mr. VanDyke in any contact he may have had with State Department officials.”

VanDyke said the U.S. government has not interfered with his efforts to provide aid to Iraqi Christians so far.

He has been operating Sons of Liberty International in northern Iraq since last December and the group’s main focus is training recruits in the Nineveh Plains Protection Unit (NPU), a militia made up of a couple thousand Christians to protect their land from ISIS.

SOLI is funded mostly by public donations and provides NPU with frontline consulting, advising on media relations and supplies.

“We have decided to crowdfund the war against ISIS. We give people around the world an opportunity to have a tangible impact on fighting ISIS, rather than just retweeting something or clicking ‘like’ on Facebook,” VanDyke said to The Christian Post last month. “They can make a donation to the fight and have their dollars actually contribute to bringing about the end of ISIS.”

300 Americans have attempted to join with VanDyke to help train NPU soldiers, however, only eight could be selected to join SOLI this month. Some of which include three former Army Green Berets.

“We have really high-quality candidates now but we are always on the lookout for more,” said VanDyke to CP. “Once our funding grows and we are able to expand into other countries, we will be calling on more [of the applicants].”

SOLI is currently training NPU for an offensive against ISIS to retake the once-Christian cities of Mosul and Qaraqosh. This is expected to take place months from now, according the VanDyke.

The U.S. government is also working to provide some aid to Christians in northern Iraq.

President Barack Obama said in August of last year that the U.S. government will be “working with our international partners to provide humanitarian assistance to those who are suffering in northern Iraq wherever we have capabilities,” but also said that will happen “without committing combat troops on the ground.”

In February he sent a proposal to Congress requesting the use of military force against the terrorist group. The requested force did not include the use of ground troops.

“I am convinced that the U.S. should not get back into another ground war in the Middle East — it’s not in our national security interest and not necessary for us to defeat ISIL,” said Obama during a press conference.