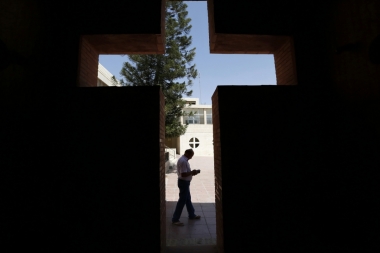 Churches in Qaraqosh, Iraq captured by Islamic State militants are now being used as torture chambers, according to a priest from Mosul.

Abu Aasi, told The Sunday Times that Bahnam Wa Sara and Al Kiama churches in Qaraqosh were being used to hold prisoners. The majority-Christian city was captured by IS in August, forcing tens of thousands to flee to Erbil.

“These two churches are being used as prisons and for torture,” Aasi said from his hiding place in Baghdad.

“Most inside are Christians and they are being forced to convert to Islam. Isis have been breaking all the crosses and statues of Mary.”

Aasi added that three Christian prisoners had died because they were sick and had been neglected.

While the claims could not be independently verified, they add to reports of churches in Mosul being used as prisons.

Fides news reported almost two weeks ago that detainees were held at the ancient Chaldean Church of the Immaculate Conception in the eastern part of the city, having been blindfolded and handcuffed.

Almost all of Mosul’s Christian inhabitants were driven out in June, given the choice of conversion to Islam, paying a tax or face execution.

The convent of the Chaldean Sisters of the Sacred Heart, close to the monastery, has reportedly been bombed by IS militants. Several other Christian churches, Yazidi shrines and Shiite mosques have also been demolished by the group.