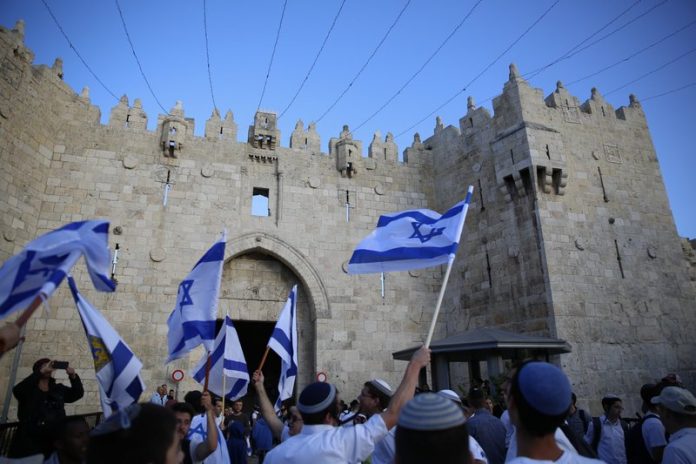 Israel on Sunday kicked off festivities to celebrate the opening of the new U.S. Embassy in Jerusalem, even as it bolstered its forces along the Gaza border and in the West Bank in anticipation of mass Palestinian protests of the move.

A day before the embassy’s formal opening, Israel hosted a gala party at its Foreign Ministry with President Donald Trump’s daughter Ivanka, her husband, Jared Kushner, and other American VIPs.

Trump announced his decision on Jerusalem in December, triggering a joyous reaction from Netanyahu’s nationalist government. The move infuriated the Palestinians, who claim Israeli-annexed east Jerusalem as their capital.

Palestinian President Mahmoud Abbas halted ties with the Trump administration and declared it unfit to remain in its role as the sole mediator in peace talks.

The rival Hamas movement, which controls the Gaza Strip, has been staging a series of weekly demonstrations against a crippling Israeli-Egyptian blockade of the territory. Those protests are to climax Monday, with tens of thousands of people expected to gather along the Israeli border in an event timed to coincide with the U.S. Embassy move.

Hamas has signaled that large crowds, numbering perhaps in the thousands, might try to break through the border fence to realize the “right of return” to lost homes.

Both the embassy move and the protests…