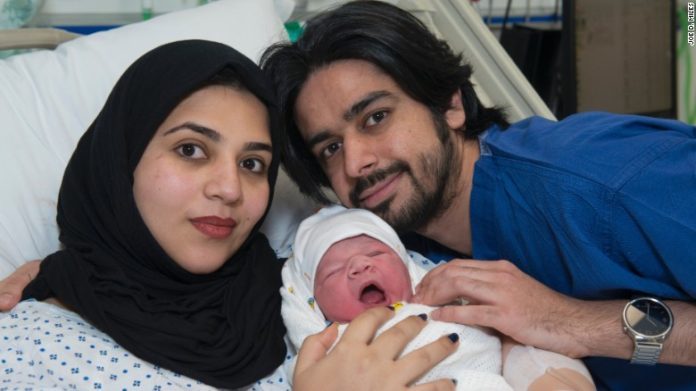 A 24-year-old woman has given birth in London after doctors restored her fertility using frozen ovary tissue removed when she was 9 years old.

Moaza Al Matrooshi, whose son was delivered on Tuesday, told the BBC: “It’s like a miracle. We’ve been waiting so long for this result — a healthy baby.”

She is believed to be the first woman in the world to have a baby after having an ovary frozen before the onset of puberty.

Matrooshi was born with an inherited blood disorder called beta thalassaemia, which is fatal if not treated. The condition required a bone marrow transplant and chemotherapy, which damages the ovaries.

Before the procedure, when she was just 9, doctors removed her right ovary and froze the tissue.

To maximize the chance of conceiving, Matrooshi and her husband underwent IVFtreatment.

Three embryos were produced, two of which were implanted earlier this year.

Her doctor, Sara Matthews, a consultant in gynecology and fertility, said she is overjoyed for the family and said the success of the procedure will give hope to other girls and young women who risk losing the chance of motherhood as a result of treatment for cancer, blood or immune disorders.

“This is a huge step forward,” she told the BBC. “We know that ovarian tissue transplantation works for older women, but we’ve never known if we could take tissue from a child, freeze it and make it work again.”