HomeMiddle EastLaw To Impose Death Penalty on Bible Smugglers to be Imposed by...
Middle EastWorld News 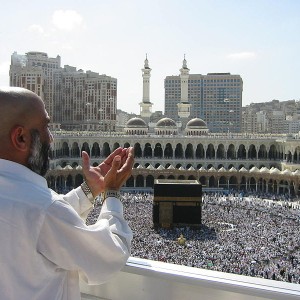 Recent reports state that officials in the Islamic country of Saudi Arabia have passed a law that may impose the death penalty on Bible smugglers and any others distributing religious materials that are not of the Muslim religion.

“[T]he new law extends to the importing of all illegal drugs and ‘all publications that have a prejudice to any other religious beliefs other than Islam,’” Paul Washer’s HeartCry Missionary Society outlines in a post on their website. “In other words, anyone who attempts to bring Bibles or gospel literature into the country will have all materials confiscated and be imprisoned and sentenced to death.”

It points to an article on the Copts Today website, which notes that “indecent materials and publications” are also included in the customs prohibition.

Reporters have attempted to obtain confirmation of the report from Saudi Arabia’s U.S. Embassy press officer in Washington, but the information has neither been confirmed or denied.

“Sometimes they don’t want to say anything (to the media),” a representative named Cecelia told WND.

The United Nations has also declined to comment on whether or not the report is accurate.

As the HeartCry Missionary Society notes in pointing to a video on Prayercast, Saudi Arabia has a long history of hostility toward Christians, as it is illegal to convert to Christianity in the country, a crime considered to be apostasy against Islam and punishable by death…Read More