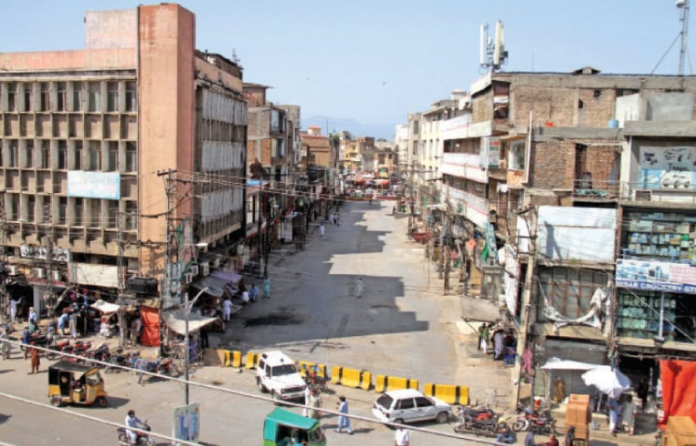 The lawyer and family of a Christian accused of blasphemy have been prevented from seeing him in prison.

Ishtiaq Saleem was arrested on blasphemy charges in Islamabad on 29 November 2022 and is being held in Adiala Prison, Rawalpindi.

The Christian healthcare worker was accused of getting a tattoo of the name of the Prophet Muhammad and sharing blasphemous content on social media.

His wife, Ghazal, said he was arrested outside the family home and that the police verbally abused him.

He was also charged under Section 295-B, which carries a life sentence for defiling the Quran, and Section 295-A, which makes offending religious feelings punishable by up to 10 years in prison.

A further charge was filed against Saleem under Section 298-A, which criminalises defiling the names of Muhammad’s wives and family members.

Ghazal said her husband is illiterate and that the pictures and words he is accused of sharing on social media are in Arabic, which he does not know.

The accusation has plunged Saleem’s family into financial hardship.

“We have got a son of age below two years old, and it has become difficult to make both ends meet for survival,” said Ghazal.

“My tears don’t stop, and my family is living in constant fear and trauma ever since this unfortunate episode occurred in our lives.”

Saleem’s father, Saleem Masih, said his son had been working for the last four months as a sanitary worker in the city but never received any pay.

The family are calling on lawmakers and officials to intervene so that they can visit Saleem in prison and that he can have access to his lawyer.

Masih has also asked the Christian community to pray for the quick release of his son and for justice to be done.

Share
Facebook
Twitter
Pinterest
WhatsApp
Previous articleZion Christian Mission Center Produces 100,000 Graduates, the Most of Any Theology School in the World
Next articleCensus shows much decline in those identifying as Christians in England and Wales

Pastor in Laos Was Tortured and Killed, Sources Say