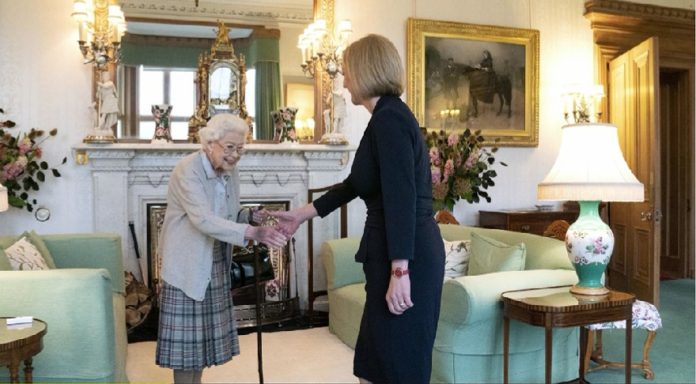 Mary Elizabeth Truss, born 26 July 1975, always known as Liz Truss, is a British politician who is the Prime Minister of the United Kingdom. She has served as the Secretary of State for Foreign, Commonwealth and Development Affairs since 2021 when appointed by Boris Johnson and Minister for Women and Equalities since 2019.

She is a member of the Conservative Party, and has been Member of Parliament (MP) for South West Norfolk since 2010. She has served in various Cabinet positions under former Prime Ministers David Cameron, Theresa May and Boris Johnson.

Liz Truss attended Merton College, Oxford. In 1996, she graduated and joined the Conservative Party. Truss was elected for South West Norfolk at the 2010 general election. As a backbencher, she called for reform in several policy areas including childcare, mathematics education and the economy.

Truss served as Parliamentary Under-Secretary of State for Childcare and Education from 2012 to 2014, before being appointed to the Cabinet by David Cameron as Secretary of State for the Environment, Food and Rural Affairs in the 2014 cabinet reshuffle. Though she was a supporter of the Britain Stronger in Europe campaign for the UK to remain in the European Union in the 2016 referendum, she supported Brexit after the result.

After Cameron resigned in July 2016, Truss was appointed Secretary of State for Justice and Lord Chancellor by Theresa May.  After the 2017 general election, Truss was appointed Chief Secretary to the Treasury. After May resigned in 2019, Truss supported Johnson’s bid to become Conservative leader. He appointed Truss as Secretary of State for International Trade and President of the Board of Trade. She took on the additional role of Minister for Women and Equalities in September 2019. She was promoted to Foreign Secretary by Johnson in the 2021 cabinet reshuffle. She was appointed the Government’s chief negotiator with the European Union and UK chair of the EU–UK Partnership Council in December 2021.