Christian Today report– The former Chief Rabbi has warned that terrorist atrocities committed in the name of religion could continue for another generation or more.

Lord Sacks, who is spending a year lecturing in the US at New York and Yeshiva universities, told American broadcaster PBS that his message applied across all religions.

He said problems arose when piety and power were confused. “They are two completely different things. So when I seek power in the name of piety I do great harm. I injure God’s world. Fundamentalism, which is what we are talking about here, in any religion is always the product of fear, and I believe we have to allow faith to conquer fear.”

One problem was that peace demanded compromise, which to a religious mind was not a virtue but a vice, he said.

“I set myself up to kind of educate the educators of the next generation, and I don’t think there’s any shortcuts. There’s no quick fix here. You don’t suddenly turn radicals into moderates. You have to educate a generation.”

Asked whether that meant the atrocities could continue for a generation or two, he affirmed: “I suspect so.”

Abernathy mentioned that Sack’s hope that education can prevent violence is challenged by the Nazi Holocaust, which was supported by many of Europe’s most cultured and learned people.

Lord Sacks said: “The more you study the Holocaust, the less you understand. I spent a lifetime studying it, and I still cannot understand.

“There were string quartets playing in Auschwitz-Birkenau while a million and a quarter human beings were gassed, burned, and turned to ash. What happened in Auschwitz in the Holocaust was a terrible demonstration of the limits of civilisation to civilise if we do not fear God and see His image in every human person.”

On the rise of antisemitism across the internet, Lord Sacks continued: “The end result is that hostility anywhere can be communicated everywhere. I would not say its people are suddenly starting to hate Jews. It’s just a few people have learned how you can communicate hate very effectively and very widely.”

He praised the US for its respect. “If you want proof that you can be deeply religious and yet create a society that respects the freedom of the other, then you have to look here in America.”

He also described how he received his knighthood from the Queen while obeying Jewish law that meant he could not kneel. “When you receive a knighthood you have to kneel, and Jews don’t kneel. On Rosh Hashanah and Yom Kippur we do, but any other times? No. So they provide this little thing which you hold onto, this little rail so you can incline yourself a little without actually kneeling, at which point, I’m sure you know, the Queen turned to Philip and said, ‘Why is this knight different from all other knights!” 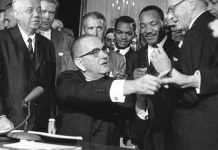 President signed Civil Rights Act on this day in 1964: Why the Act was so important and what we can do today 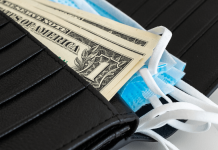 Film ‘mocks Christianity and ridicules people of faith’: A ‘tale of two cities’ and God’s plan for our problems