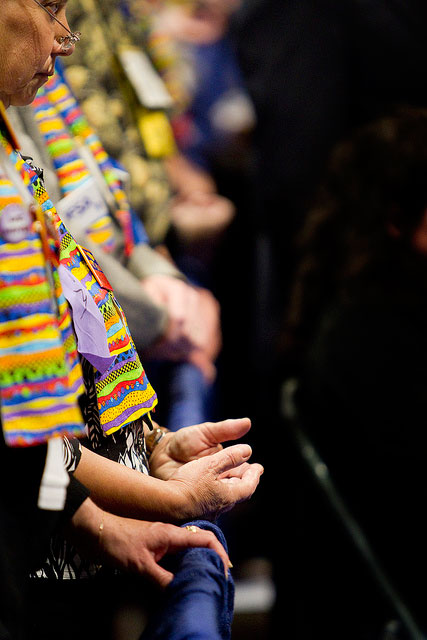 Bill Mefford, an official of the General Board of Church & Society of the United Methodist Church, posted a response on social media dismissing the teachings of Jesus Christ on human sexuality, following the U.S. Supreme Court’s ruling last month.

Mefford posted on the Facebook page of Maxie Dunnam, president emeritus of Asbury Theological Seminary, where Mefford celebrated and confused the Supreme Court’s ruling with the Holy Spirit. Mefford told Dunnam, “I never have asked Jesus to define marriage.”

Dunnam, a United Methodist himself and outspoken proponent of a Christian understanding of marriage, posted on social media declaring “Jesus, not the Supreme Court, defines marriage for the Church.”

The United Methodist Church’s Book of Discipline states that “The practice of homosexuality is incompatible with Christian teaching.” Practicing homosexuals are ineligible for ordination, according to the rules governing the largest mainline Protestant denomination in the United States.

“Well I never have asked Jesus to define marriage, but I have sensed the joy of the Holy Spirit today as so many of our brothers and sisters in Christ (and in the United Methodist Church as well!) celebrate that their love for each other is recognized at long-last. Love really has won the today and I can only hope love will win in the United Methodist Church as well.”

Mefford, director of civil and human rights at the GBCS, received heavy criticism in January for mocking pro-life marchers at the annual March for Life in Washington D.C. Mefford held up a sign with marchers in the background that read, “I march for sandwiches.” Mefford later apologized, saying it was an attempt at humor that was taken out of context.

The politically liberal General Board of Church & Society is a strong supporter of the Religious Coalition for Reproductive Choice.

In an interview with The Christian Post, Mark Tooley, president of the Institute on Religion & Democracy and a member of the United Methodist Church, declared: “It’s an ongoing embarrassment that General Board of Church & Society staffers who are supposed to represent United Methodism’s teachings instead often disdain them or ignore them.”

Tooley reiterated the official position of denomination and denounced the politicized GBCS adding, “Our church has clear teachings on marriage in church and in civil society that the GBCS has for decades ignored, reviled and lobbied against.

“Next year’s General Conference once again will reject GBCS’s pleas to reject Christian teachings on marriage,” declared Tooley. “The next logical step is for GBCS staff to be replaced by new leadership who will faithfully represent our increasingly global denomination. GBCS’s days as a stubborn outpost of North American liberalism are coming to a close.”

Dunnam, a widely respected leader in the United Methodist renewal movement, served as president of Asbury Theological Seminary from 1994 to 2004 and is a co-founder of the Confessing Movement of the United Methodist Church, an organization that seeks to return Methodism to its historical Wesleyan and scriptural roots.

The United Methodist Church has about 7 million members in the U.S. and is seeing some of its largest growth in Africa, where leaders and members are more inclined to support biblical teaching on human sexuality.

The United Methodist Church will conduct its General Conference meeting in Oregon in 2016, where the second-largest Protestant denomination is expected to once again reaffirm its commitment to Christian teaching on human sexuality.