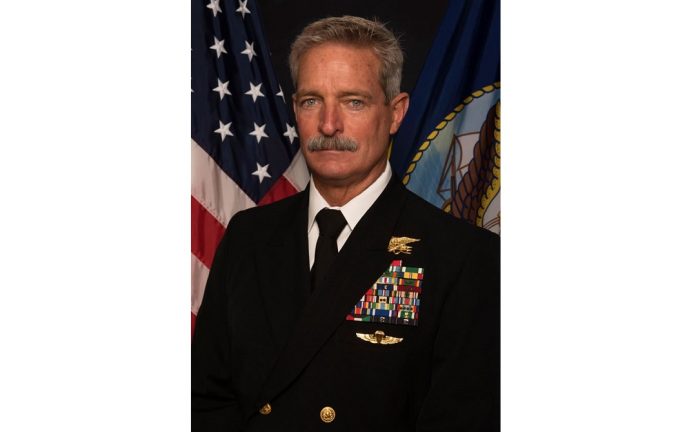 The Salvation Army of Palm Beach County is honored to announce retired U.S. Navy Commander Grant Mann as keynote speaker for their 2022 Annual Luncheon to be held from 11:30AM-1PM at the Pelican Club on Tuesday, May 17, 2022. Entitled “The Ties That Bind,” the luncheon aims at gathering local charities and nonprofits around the theme of philanthropic partnerships.

Commander Mann was born in Toronto, Canada, and raised in Vero Beach, Florida. Upon his enlistment in 1986, Mann immediately reported to Boot Camp and was subsequently assigned to the USS Harry W. Hill. After two years on board, he was selected and attended Basic Underwater Demolition/SEAL Training Class 162, graduating in October 1989. His operational overseas deployments were in support of Operation Desert Shield/Storm, Bosnia, Philippines, Iraq, Afghanistan, and East Africa. Commander Mann’s enlisted operational assignments include two tours as a Boatswain Mate, two deployments at SEAL Team FIVE, and seven years at SEAL Team SIX. He is the recipient of a Bronze Star Medal and numerous other awards over his 34 years of service.

“We are honored that Commander Mann has accepted the invitation to be the featured speaker at our Annual Luncheon,” said Majors James and Leisa Hall, Area Commanders of The Salvation Army. “Since The Salvation Army of Palm Beach County is celebrating its Centennial Anniversary, we wanted to select a speaker that would inspire an afternoon gathering of local nonprofit leaders to more effectively collaborate for the greater good of our community. As a courageous member of two SEAL Teams, we cannot imagine a more appropriate individual than Commander Mann to speak on the value of partnerships!”

Commander Mann presently serves as the Executive Director of the National Navy SEAL Museum in Fort Pierce, Florida, dedicated solely to preserving the history of the U.S. Navy SEALs and their predecessors. From humble beginnings in 1985, the facility has experienced tremendous growth, achieving national stature in 2007. The main objective of the Museum remains the promotion of public education by providing the opportunity to explore the history of the Navy SEALs through interactive exhibits, while honoring the fallen at the SEAL Memorial and caring for those warriors’ families through Trident House Charities.