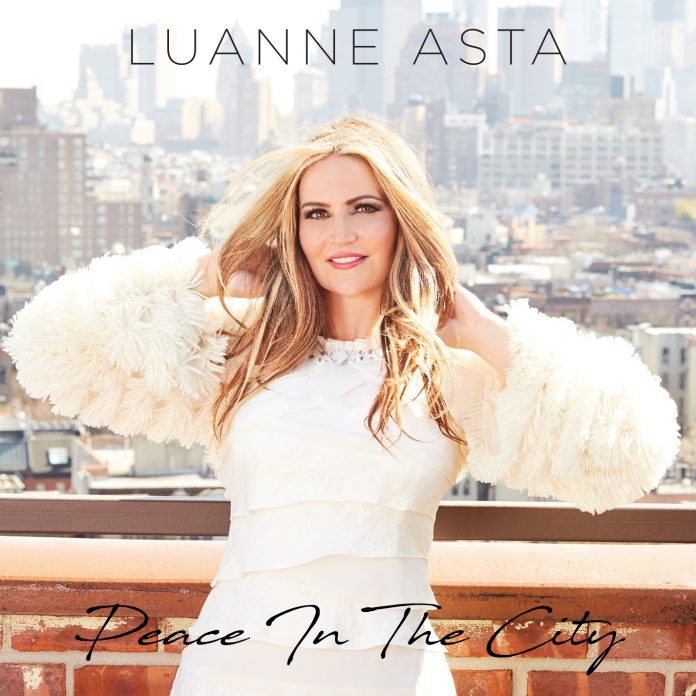 This week editor’s album pick is Peace in the City – by Luanne Asta. This album is a collaboration of hymns recomposed and arranged by Nicholas Zinnanti and Luanne Asta with contribution by John Sirrine. The album is an exciting arrangement of modernized hymns to inspire and uplift you day.

Music has played a major role in Luanne Asta’s life since she was a child living the small northern Canadian town of Swan River, Manitoba — she has followed her passion wherever it has taken her, whether that was just a few hours away from home or all the way to New York City.

Asta trained classically at the Royal Conservatory of Music for 15 years, winning her first national award at the age of 10. It wasn’t long before her talent brought her south, first to the city of Brandon, Manitoba, to continue her study with renowned vocal teacher Sylvia Richardson. At the same time, she was hired by the Winnipeg Jets NHL and CFL Winnipeg BlueBombers to sing the national anthems at home games in Winnipeg, a city more than two hours away.

An eventual relocation to Winnipeg was inevitable; she spent one year in there before moving again, this time westward, to Kelowna, British Columbia, where she began attending business school, temporarily putting her music career on hold. Eventually, Asta ended up in Vancouver and music was calling her back; she recorded her debut album, Winning Starts With Beginning, in 1998, which went on to be nominated for two Western Canadian Music Awards and three Canadian Country Music Association Awards. Uncomfortable with her new-found local spotlight, Asta decided teaching would be the best route for her, so, in 2001, Asta left her finance job and made the leap into music teaching full time. She opened the Heartland Music School out of her home in the Vancouver suburbs and, almost immediately, her roster grew to 80 students. And it was one of those students who drew her to New York City for the first time; Asta went to Manhattan to see her student perform on Broadway and fell in love with fast-paced metropolis.

Not long after, she packed up her life in Canada and moved once more, this time to a small apartment in the financial district of Manhattan with her dog, Bear.  Her six years in the city have been full of dramatic ups and downs (and yes, a few more moves), but one of Asta’s proudest achievements was founding the Manhattan Kids Music school on the Upper East Side in 2011 and the sister school, Singhampton, in the Hamptons in 2014. Asta was awarded the Best Of New York Award in 2015 and 2016 for New York’s Top Musical Instructors and is praised by her students for her dedication, kindness and professionalism. Now, nearly 20 after her debut album, Asta is back in the studio again to record Peace in the City — an emotional collection of 11 hymns reimagined in a modern style that reflects the vibe of the bustling city she now calls home as well as her devout practice of the Mormon faith, to which she converted in 2000. Asta is very active in her religious community in the Hamptons, acting as Primary President for the area. Asta also sought out special permission to release Peace in the City, and it has been approved by the Church of Jesus Christ of Latter Day Saints.

Your Church Is Now a Blank Slate 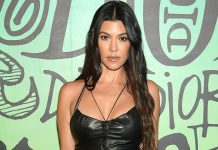 Your Church Is Now a Blank Slate