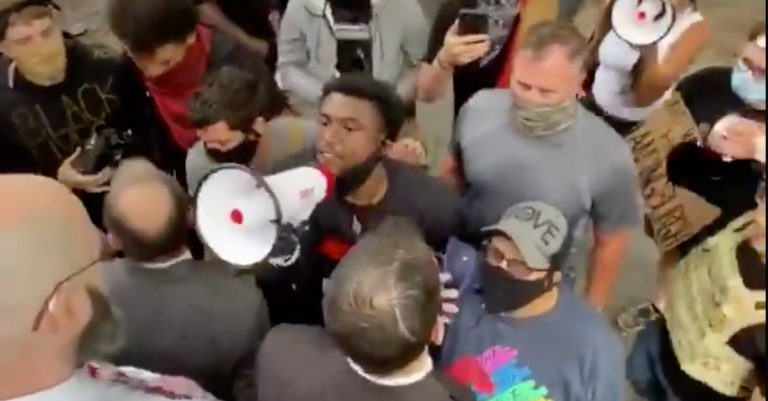 Police were called in after a clash on Sunday between Black Lives Matter protesters and churchgoers at a church in Troy, New York.

According to the Washington Sentinel, videos shared to social media show protesters trying to block congregants from accessing the church. Many also shouted as the church members tried to take their children inside.

In one video, a female protester tells a black parishioner, “You should be ashamed, sister.”

attendees to
Grace Baptist Church
in TROY. NY had to be
escorted in and out of
church today as they were
berated by #BLM protestors:
take a hard look at this ——> pic.twitter.com/zWwpilWDy8

In another, the Daily Wire reports, one of the protesters yells at a churchgoer, “f*** you.” The church member responds by saying “Jesus loves you,” but the protester replies by telling the man Jesus doesn’t love him.

“Stop hiding behind your godd*mn religion,” another protester shouted.

“This church is racist,” another said.

Grace Baptist, however, has said they will not be threatened. The church has asked male church members to help escort congregants inside when needed.

“We will never apologize to the mob,” a pastor with the church says in a…