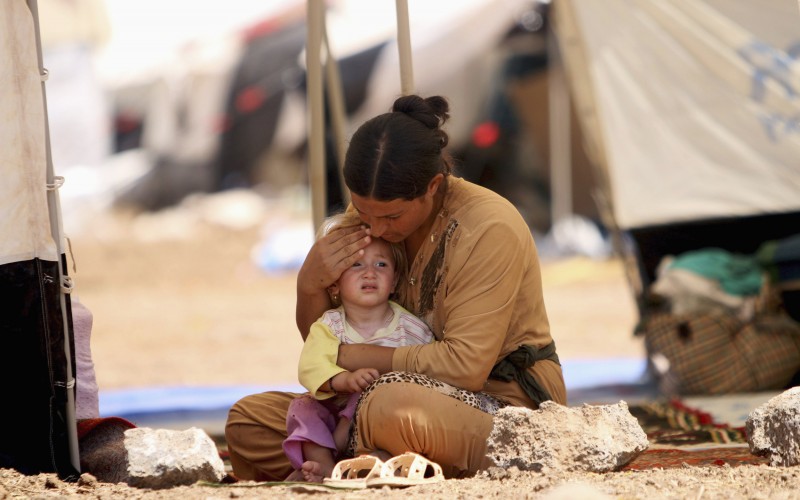 Pope Francis has expressed concern for members of the Syriac Catholic Church who have had to flee from the “inhumanity” unfolding in the Middle East.

“Many have fled to find refuge from an inhumanity that throws entire populations on to the streets, leaving them without any means for survival,” he said in a special audience with Patriarch Ignatius Ephrem Joseph III Younan and about 350 of his faithful from the Syriac Catholic Church.

The audience, made up of bishops, priests and laity from the Eastern Rite Church, came after the bishops’ annual synod, which was held in Rome on December 8-10. Participants came from Lebanon, Syria, Iraq, Jordan, Egypt, Turkey and the Holy Land, as well as from the diaspora communities in Europe and North and South America.

The Pope offered his prayers and encouragement, especially for those from “Iraq and Syria, who are living a time of great suffering and fear in the face of violence”.

“The difficult situation in the Middle East has caused and continues to cause the movement of faithful from your Church to the eparchies of the diaspora, and this brings you new pastoral challenges,” he said, such as how to remain faithful to one’s traditions while adapting and contributing to new cultural settings.

Having so many faithful move abroad “impoverishes the Christian presence in the Middle East, land of the prophets, of the first preachers of the Gospel, of martyrs and many saints, the cradle of hermitages and monasticism”, Pope Francis said…Read More