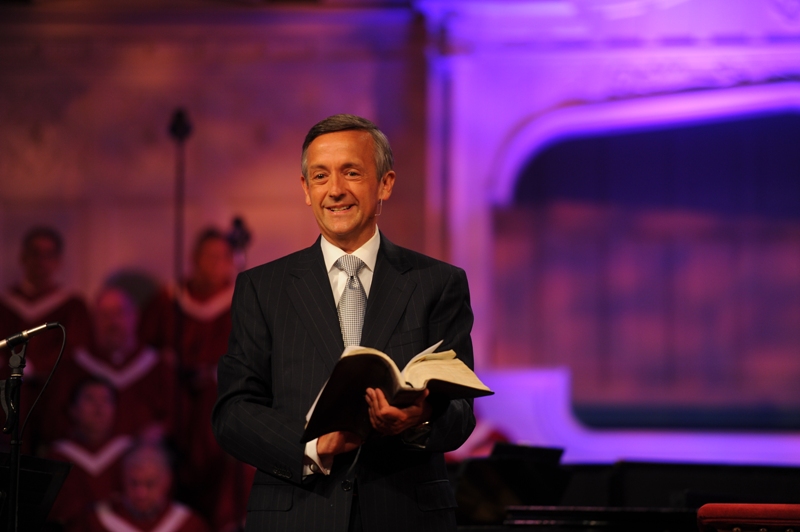 Dallas megachurch pastor Robert Jeffress said in a recent interview that liberal churches sometimes harbor illegal immigrants who might be a danger to society, but added that his First Baptist church does not check the immigration status of people who come visit. Dr. Richard Land, president of the Southern Evangelical Seminary, said that churches should offer needy people food and shelter and show them mercy.

Jeffress said on “Fox and Friends Weekend” this Sunday that liberal churches that harbor illegal immigrants claim to be following the example of Jesus, but are making a mistake.

“Jesus was not this wimpy little guy who walked around munching sunflower seeds and saying nice things to people. The real Jesus of the Bible said: ‘Render unto Caesar the things that are Caesar’s.’ That is — obey the government,” the pastor added.

Steinle, 32, was shot dead by an illegal immigrant on June 30 in San Fransisco, with the suspect being deported five times and holding seven felony convictions prior to the murder.

In a separate incident last week, another illegal immigrant was accused of killing his teen girlfriend and their 3-year-old son in Washington state, Tri-City Herald reported.

Jeffress was speaking about statistics which show that churches in 23 states and Washington D.C. offer sanctuary for illegal immigrants.

“We’re not going to check the immigration status of people who attend our church, but we’re also not going to harbor illegal immigrants who are criminals like some of these churches are doing,” the pastor said.

Dr. Land, who is also the executive editor of The Christian Post, was asked by Fox if churches have a responsibility to turn over illegal immigrants.

“If someone kills my wife, I have an obligation as a Christian to forgive that person. I have a right to expect the civil magistrate to execute that person when they are found guilty beyond a shadow of a doubt,” he responded.

“And it’s not our job to be asking for green cards before we extend the mercy of Christ.”

The illegal immigration debate is set to be one of the major issues on the table in the upcoming 2016 presidential elections.

Democratic presidential candidate Hillary Clinton recently changed her position and said that she will back a path to “full and equal citizenship” for illegal immigrants, and accused Republicans of treating illegals as “second class.”

“This is where I differ with everybody on the Republican side. Make no mistake, not a single Republican … is clearly and consistently supporting a path to citizenship. Not one,” Clinton said during a campaign stop in Nevada in May. “When they talk about legal status, that is code for second-class status.”