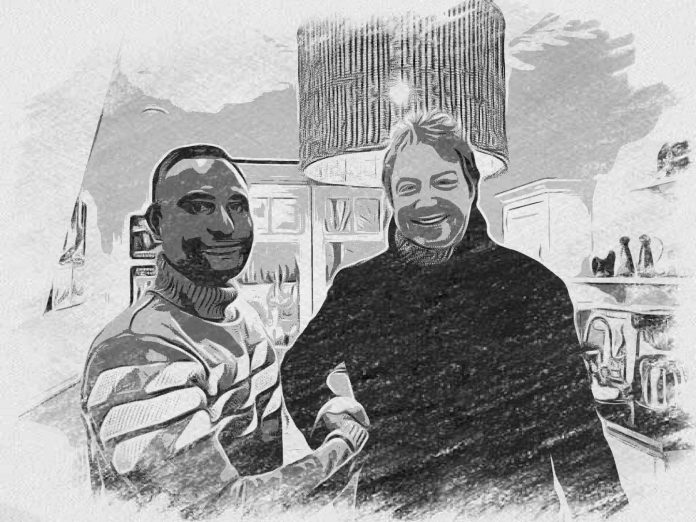 On January 6, under increasing pressure from the international community and with the support of der Pakistani lawyer Saif-ul-malook and continued support from investigative journalist Gary Cartwright and Willy Fautré of Human Rights Without Borders, the impossible has proven possible. The judge of the Supreme Court of Pakistan this morning agreed to bail and ruled that Nadeem Samsom should be released immediately. This Christian man has been in jail since 2017 for alleged blasphemy

Andy Vermaut says: “First of all, I would like to highlight the support of the Catholic Church in this matter and the help of his brother Shakeel Raphael who worked day and night to get this on the international agenda. Without the National Commission for Justice and Peace, which bore the legal costs of the case, the release would have been impossible. Now there are still some administrative formalities to be settled. The release order must now be put in an administrative power order. The National Commission for Justice and Peace has announced that it will pay all the legal costs, because without their financial support, no proper defense would be possible. Of course, we cannot yet declare total victory… After his release, he is not at all safe in Pakistan.

The National Commission for Justice and Peace will have to make sure that he gets a safe house, where he will be permanently protected against death threats. Even though the man is innocent, he must now also fear for his life in Pakistan. I would also like to give special thanks to Laurent Brihay of the press club in Brussels for the high-level conference we were able to hold there on July 28 at the Press Club Brussels Europe under the auspices of the Alliance Internationale pour la Défense des droits et des Libertés (AIDL) from Paris. Afterwards, we organized a second conference at the Press Club in Brussels, where I, Andy Vermaut of the International Alliance for the Defense of Rights and Freedoms specifically put the case of Nadeem Samson, wrongly accused of blasphemy, on the international agenda in this conference, as did advocate Willy Fautré, Director of Human Rights without Borders, also Peter Van Dalen, Member of the European Parliament and Manel Msalmi, President of the European Association for the Defense of Rights and Freedoms. Without the cooperation of all these phantastic people and without the constant support of Gary Cartwright, Nadeem Samsom would still have to remain in prison.

You cannot force such a release alone, you have to be able to work together in a coalition of organizations, otherwise you cannot stand up to a state power. Together we were the white knights who still believe in justice for Nadeem Samson, and often we are labelled as naive, but the victory in this case, is proof of the power of justice. Yiehaaa. On September 17, I also delivered a letter on this subject to the External Action Service in Brussels, which was very difficult for them to accept. I had to insist for at least half an hour, but today the proof has been delivered that those who dare to persevere can actually achieve a lot and our systems, however bureaucratic they may sometimes be, can still function. So I will always remember January 6, 2022 as the day of justice.”