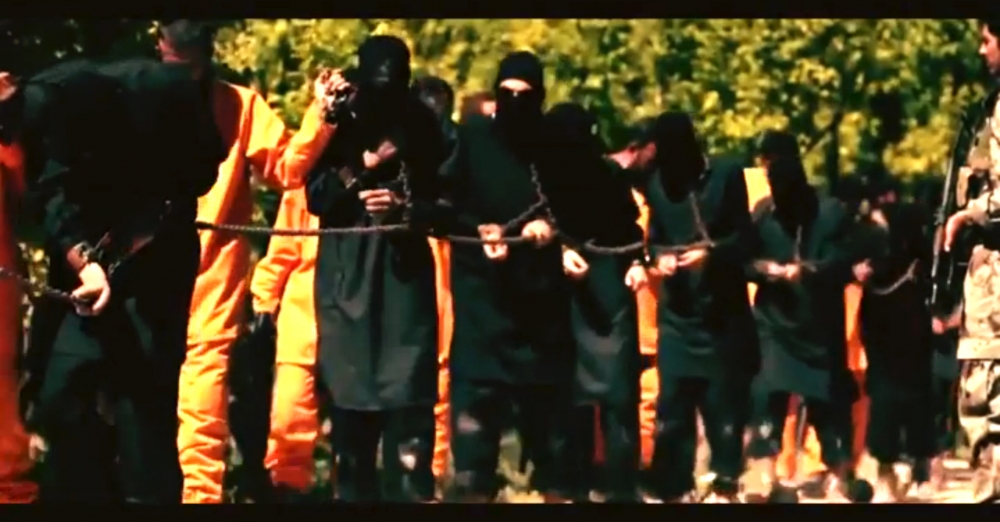 A Syrian rebel group, which calls itself the “Army of Islam,” has released a video showing its militants, all dressed in orange jumpsuits, executing dozens of Islamic State terrorists wearing black clothes. “Allah did not make a disease without appointing a remedy to it,” the rival group proclaims.

The 19-minute propaganda video, mimicking the Islamic State’s own execution style and released by the Jaysh Al-Islam group, shows the killing of 18 shackled Islamic State militants, according to reports.

The captured militants, forced to kneel, were shot in the back of their heads at point blank range with shotguns.

Jaysh al-Islam, which operates around Damascus and is fighting against the Syrian regime of President Bashar al-Assad, said militants of Islamic State, also known as ISIS or ISIL, were being executed in part as revenge for the killing of at least three of the rebel group’s members, Agence France Presse reported.

Before the execution, a Jaysh al-Islam militant addresses the viewers, according to Daily Mail.

“The most serious calamity for our jihad today is a group of people who grow at a time of division among Muslims. This group claimed to be the mother state and made Takfir [accused of apostasy] on other Muslims, shed their blood and looted their properties and dignities,” he is quoted as saying.

He adds: “They worsened… the ordeal of Muslims by corrupting their religion and livelihood and killing the jihadi leaders who did their best to help our stricken nation. They wreaked havoc on our people in liberated areas and cut the supply route of jihadis. They left… Tehran intact and instead they attacked our mosques. This is the penalty for what they have committed. We also call on their fellows to repent.”

Jaysh al-Islam, a coalition of Islamist and Salafist groups involved in the Syrian civil war, claims it has about 25,000 fighters. The group, reportedly formed in September 2013, has rejected membership of the Free Syrian Army, which is also seeking to overthrow President al-Bashar, who belongs to a Shiite sect.

ISIS is an offshoot of al-Qaeda and wants to establish a caliphate in the Levant region and beyond. It has gained control over large swathes of territories in Syria and Iraq. Its main civilian targets include Christians.

ISIS recently vowed to kill Christian Arabs in Jerusalem. It threatened it will “clean this country and the Muslim Quarter from these Christians during this holy Ramadan.”

In June, the terror group kidnapped 88 Eritrean Christians in Libya. In May, it executed Ethiopian Christians, and beheaded 21 Egyptian Copts in February.

ISIS has executed more than 2,618 people, including 1,511 civilians, since last June, when it declared its “Caliphate,” according to the U.K.-based Syrian Observatory for Human Rights.

The overall executions included those of 23 children and 32 women. The executions were carried out mostly by beheading, shooting or stoning. ISIS has also executed 139 of its own members for “exceeding the limits in religion and spying for foreign countries,” mostly after they were trying to go back to their homes. 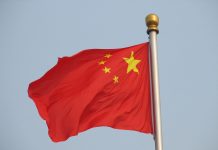