Pay a visit to Melanesia’s Solomon Islands, 1800 kilometers northeast of Australia, and you’ll notice a striking contrast: about 10% of the dark-skinned islanders sport bright blond afros. Hypotheses about the origins of this golden hair have included bleaching by sun and saltwater, a diet rich in fish, and the genetic legacy of Europeans or Americans. But a new study fingers a random mutation instead, suggesting that blond hair evolved independently at least twice in human history. And other novel genes, including ones with serious health consequences, may await discovery in understudied populations.

Human hair color is a trait usually governed by many genes, but study author Sean Myles, a geneticist at Nova Scotia Agricultural College in Truro, Canada, suspected things might be simpler in the Solomon Islands because he saw almost no variation in shades of blond hair. “It looked pretty obvious to me that it was a real binary trait. You either had blond hair or you didn’t,” says Myles.

To search for an underlying genetic blueprint, Myles and his colleagues collected saliva and hair samples from 1209 Solomon Islanders. Population genetic studies usually compare thousands of individuals, but the researchers predicted they could detect differences in a much smaller sample because of the stark contrast between the islanders’ blond and dark locks. They compared the entire genetic makeup of 43 blond and 42 dark-haired islanders. The two groups, they found, had different versions of a crucial gene, one that coded for a protein involved in pigmentation. Switching one “letter” of genetic code-replacing a “C” with a “T”-meant the difference between dark hair and blond hair. A similar mutation creates blond mice by reducing the melanin content in their fur.

Blond Solomon Islanders carry two copies of this mutant gene, which is present in 26% of the islands’ population, the team will report in tomorrow’s issue of Science. The gene is recessive, which means that blonds inherit it from both parents. The researchers did not find the mutation in DNA samples of 941 individuals from 52 other populations around the world, including European countries. “It’s a great example of convergent evolution, where the same outcome is brought about by completely different means,” says Myles.

The mutation, which has no obvious advantages, likely arose by chance in one individual and drifted to a high frequency in the Solomon Islands because the original population was small, says Jonathan Friedlaender, an anthropologist emeritus at Temple University in Philadelphia, Pennsylvania, who was not involved in the study. “This whole area seems to have been populated by very small groups of people making it across these stepping-stone islands, so you do have very dramatic effects in fluctuations of gene frequency.” The results, says Myles, help deconstruct a Eurocentric view of the world in thinking about where blond hair comes from. He hopes the paper will draw attention to the bigger issue of other novel genes that scientists may be missing by concentrating on the genomes of Europeans. “If you can find a gene for blond hair that exists in Melanesia and nowhere else,” Myles says, “then there’s no reason why those sorts of genes don’t exist all over world in underrepresented populations, and affect not only hair pigmentation, but also disease-related traits.”

“I think it’s a very solid study,” says Rasmus Nielsen, a population geneticist at the University of California, Berkeley. He says the paper makes a strong case for studying diverse populations. “We’re spending millions and millions of dollars to learn a little bit more about the genetic basis of some of the traits that have already been studied in Europeans,” he says. “This study illustrates that there is a lot to be gained in human genetics by looking into small, isolated populations.” 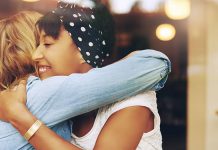 For an effective witness, “we need truth plus love more than ever” 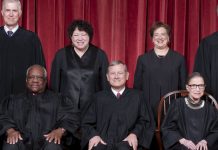 Who has more power: the Supreme Court—or you?