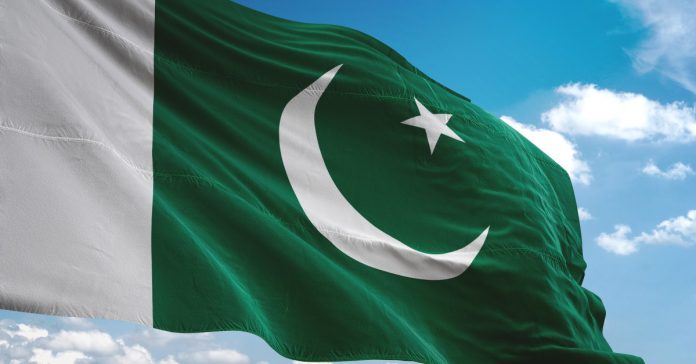 The complainant Haroon Ahmad said in his statement that while he was in the Model Town Park with his friends Harris Khalid, Zakir Ali and Zulqarnain, two Christian boys approached them and introduced themselves as Haroon Ayub and Salamat Mansha and handed over a copy of a Christian booklet “Water of Life” and started preaching about Christianity.

They further said that the prophet Muhammad (PBUH) had strayed on the path of religion while Christ had never married and continued His preaching while their prophet had got married to extend his line.

Ahmad further told the police that the men further said the Bible is the true book while the Holy Quran is not a true book. He claimed Mansha Masih repeated this sentence, hurting their religious feelings. Ahmad said such words against Islam and their disrespect of the Prophet Muhammad (PBUH) is an act of terrorism and intentionally committing a blasphemy against Islam and the prophet (PBUH), therefore a case should not just be registered against Haroon and Mansha but the whole group involved in distributing this literature should be arrested and also this whole blasphemous literature should be confiscated.

The police arrested Salamat Mansha while Haroon Ayub escaped, and the whole family has gone into hiding.

Nasir Saeed Director of CLAAS-UK said: “This is the 2nd case of this year. Last month a Christian staff nurse and gospel singer was charged under the blasphemy law, while according to her she has not committed blasphemy, but she was falsely implicated in the case by her Muslim colleagues because she used to tell them to do their duty honestly and not bother patients for money.  She used to offer prayers and respects all religions, including Islam.”

Mr Saeed further said that the constitution of Pakistan or any Pakistani law imposes no restriction on anyone preaching or propagating their religion.

He added: “Although endeavours are continuing to convert Pakistan into a theocratic state and impose shariah law in the country, so far Pakistan is a democratic state and everyone has the right to preach and propagate their religion.

“This is not a right that only the majority religion has. Pakistan has signed international conventions on religious freedom and freedom of speech, therefore Pakistan must respect them.

“Unfortunately, Pakistani society has been torn apart by intolerance and violence, a far cry from the original ideal of a tolerant country.

“Religious minorities are increasingly the targets of bigotry, which is often instigated by extremist forces, Islamic political parties and their leadership

Centre for Legal Aid, Assistance and Settlement (CLAAS) is an interdenominational organisation working for Christians who are being persecuted because of their faith in Pakistan. CLAAS works for religious freedom, to stop persecution of Christians in Pakistan because of blasphemy and other discriminatory laws, raise awareness, disseminate information and highlight the plight of Christians on an international level. CLAAS provides free legal aid to victims of religious intolerance in Pakistan, as well as shelter and financial support for the victims and their families.