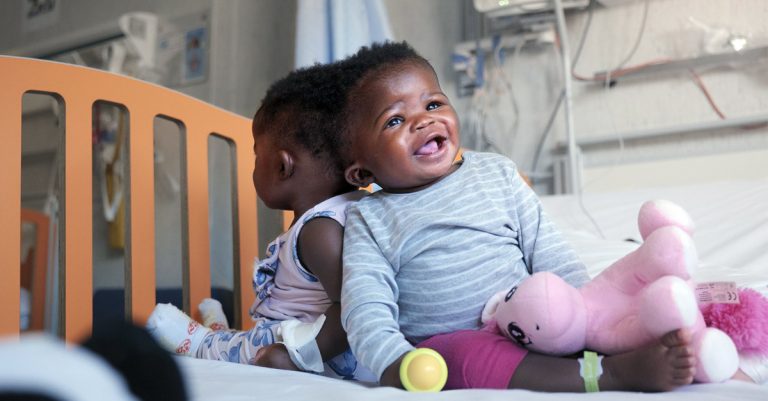 VATICAN CITY (RNS) — Vatican-owned hospital Bambino Gesú made history on Tuesday (July 7) when it announced it had successfully separated conjoined twins brought to Rome from the Central African Republic.

“Ervina and Prefina have been born twice,” said the teary-eyed mother, Ermine, during the press conference on Tuesday.

“If we had stayed in Africa I don’t know what destiny would have awaited them. Now that they are separate and well, I would like for them to be baptized by Pope Francis, who has always cared for the children of Bangui. My little ones can now grow up, study and become doctors to save other children,” she said.

The twins were born in the town of Mbaiki, in the Central African Republic, joined at the back of the head. In July 2018, Mariella Enoc, the president of the pediatric hospital Bambino Gesú, met the twins as infants while on a mission to the country and decided to bring the girls back to Rome.

“They had no chance at survival,” Enoc told local reporters, “even a cold could have been enough to kill them.

“When you encounter lives that can be saved, it must be done. We cannot and we must not turn our gaze away,” she said during the press conference.

Ervina and Prefina were brought to Rome with their mother on September 10, 2018, as part of the humanitarian efforts conducted by the hospital and sponsored by the Vatican. They were…