People in Sierra Leone and Liberia filled churches on Sunday to seek deliverance from an outbreak of the deadly Ebola virus, defying official warnings to avoid public gatherings to contain an epidemic that has killed nearly 1,000 people in West Africa.

With their creaking health-care systems completely overrun, Sierra Leone and Liberia both have declared states of emergency to tackle the highly contagious and incurable disease, which has also stricken neighboring Guinea and spread to Nigeria.

People still flocked to sing and pray at churches in Liberia’s ramshackle ocean-front capital Monrovia, many of them comparing Ebola to the brutal civil war that ravaged the country between 1989 and 2003, killing nearly a quarter-million people.

One of the deadliest diseases known to man, Ebola kills up to 90 percent of those infected. Discovered nearly 40 years ago deep in the forests of central Africa, its symptoms include internal and external bleeding, diarrhea and vomiting.

“Everyone is so afraid,” said Martee Jones Seator at Saint Peter’s Lutheran Church. “Ebola is not going to shake our faith in any way … because we’ve been through difficult times.”

With the disease now in four African countries—following the death in Nigeria last month of a U.S. citizen who arrived from Liberia—the World Health Organization (WHO) on Friday classified the epidemic as an international health emergency.

The WHO has said that the world’s worst outbreak of Ebola—with 1,779 cases and 962 deaths—will likely continue for months as the region’s healthcare systems struggle to cope. It has appealed urgently for funding and emergency medical staff.

A WHO medical ethics committee will discuss next week the use of experimental drugs to tackle the outbreak after two U.S. aid workers showed improvement after being treated with ZMapp, a drug developed by California-based Mapp Biopharmaceutical.

Spain on Sunday authorized the use of the ZMapp on 75-year-old Spanish priest Miguel Pajares—the first European infected—who was evacuated to Madrid last week after contracting the haemorrhagic fever while working in a hospital in Monrovia. A Congolese nun who worked with him died there on Saturday.

British drugmaker GlaxoSmithKline said on Sunday a clinical trial of a vaccine was due to start shortly. Three U.S. laboratories established to quickly make vaccines in the event of a public health threat also said they were standing by to support any U.S. effort to tackle Ebola.

With no other treatment available, churches in Monrovia furnished plastic buckets containing chlorinated water for worshippers to disinfect their hands. Inside, pastors told their congregations to follow instructions from health workers, some of whom have been attacked by locals terrified by the disease.

“We are in trouble here. We are in trouble,” the Rev. Marcus MacKay, dressed in a green gown, said before the altar. “But you know what? There is no way this devil is going to do its work!”

Started in Forests of Guinea

Though this outbreak was first identified in March in the remote forest region of southeastern Guinea, scientists have traced the first recorded case as far back as early December, to a 2-year-old boy near the town of Gueckedou.

Many believe the virus was carried by fruit bats from central Africa, where it is regarded as endemic. Yet it is not clear how it jumped into the human population in West Africa.

Quarantine measures imposed on infected communities have hit trade and food supplies in some of the world’s poorest countries.

Speaking amid chants of “Alleluia” and “Amen” from his packed church, Koroma called for penitence “to avert this plague from our country.”

Concern over the spread of Ebola grew after it spread to Nigeria—Africa’s most populous country—in late July. Seven cases of Ebola have now been confirmed there, including two deaths, and authorities have declared a national emergency. 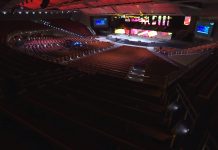 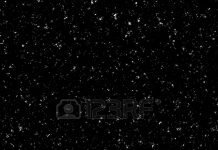 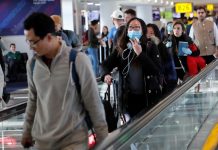