Savannah Guthrie, one of the anchors on NBC’s Today show, interviewed Covington student Nick Sandmann yesterday morning. I watched the interview, then watched the response. It was as though two completely different conversations took place.

Critics on the left lambasted the show for giving Sandmann a platform to tell his side of the story. Critics on the right castigated Guthrie for asking the young man if he felt he did anything wrong or owed anyone an apology.

Meanwhile, his Catholic school reopened later in the morning under extra security measures as the students face continued criticism and threats.

How the media covered the DC conflict

I described last weekend’s confrontation in Washington in yesterday’s Daily Article. One factor the conflict made clear is that media coverage of news events seems more biased than ever.

When video of the confrontation first emerged, it seemed to show white students wearing Make America Great Again hats instigating the clash. Liberal media outlets and celebrities were quick to brand Sandmann and his fellow students as racists.

When longer videos emerged that faulted others, conservative outlets and celebrities rose to the students’ defense and condemned liberal media for their earlier response.

Is this an isolated event, or is media bias real and growing?

Our ministry is nonpartisan and attempts to be as objective as possible. However, the facts indicate a clear bias in the media favoring liberal candidates and agendas. For instance:

Only 3 percent of major newspapers who endorsed a presidential candidate in 2016 endorsed Donald Trump.

A recent study found that over the last fourteen years, employees at Google gave 90 percent of their political donations to Democrats. Amazon, Apple, and Facebook employees gave to Democratic candidates at similar rates. 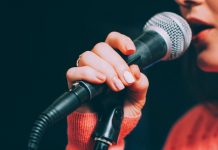 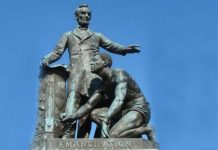