In his most recent Berkshire Hathaway shareholder letter, the ever-folksy Warren Buffett sounds more like a personal finance guru than a financial mastermind, focusing on buy-and-hold investing and advocating indexing strategies.

Buffett’s net worth is about $60 billion, according to Forbes magazine, so he is obviously doing something right. But how sound is his advice for the rest of us?

I spoke to some financial advisers and pundits, some of whom are the kind of folks Buffett thinks you should ignore, to get their take.

What immediately caught my eye is Buffett’s instruction that his wife back up the truck and invest in the Standard & Poor’s 500 stock-index upon his death.

That’s not a huge surprise, though. Buffett is a longtime fan of Jack Bogle, founder of the Vanguard Group, who champions passive, low-cost investing. But this is the first time Buffett is “putting his money where his mouth is in his own estate,” Bogle said in a email exchange with Reuters.

Specifically, Buffett wants the trustee of his estate to put 10 percent of his wife’s cash inheritance in short-term government bonds and 90 percent in a low-cost S&P index fund—and he tips his hat specifically to Bogle’s Vanguard in doing so. Says Buffett: “I believe the trust’s long-term results from this policy will be superior to those attained by most investors—whether pension funds, institutions or individuals.”

Face value, that’s a solid recommendation, although it might seem a bit odd, considering that Berkshire Hathaway has underperformed the S&P 500 in the past five years, and is trailing it slightly in 2014. But that’s not surprising because Buffett tends to lag a bit in bull markets, says Robert Hagstrom, author of The Warren Buffett Way.

“I had this image of the American flag waving in the background as I read the letter,” said Hagstrom. “He’s so bullish about the U.S., not necessarily about stocks, but about the country in general.”

When it comes to equities, Buffett’s recommendation to buy the S&P 500 is solid, experts say. “The S&P 500 is probably the best index out there—it’s clearly a core holding,” says Lou Kokernak, a financial adviser at Haven Financial Advisers in Austin, Texas.

However, other advisers say Buffett is endorsing an asset allocation strategy that’s not optimal for most investors. That’s because the S&P 500 is focused on U.S. companies, even if quite a few have a multinational tilt. “We refer to that as a home bias, and it’s very dangerous,” says Randy Kurtz, chief investment officer at RK Investment Advisors in Kinnelon, N.J.

That is exactly why Paul Jacobs of Palisades Hudson Financial Group in Atlanta suggests putting as much as 40 percent of Buffett’s suggested equity stake in foreign stocks.

Another criticism? Most investors cannot tolerate the risk of a 90/10 portfolio. “They would be scared out at the bottom when their $1,000,000 would have turned into $500,000 in 2009,” says Matthew Chope, a financial adviser at Raymond James in Southfield, Mich. “It’s as easy as that. We are paid to manage risk, not just return.”

Which brings us to another big Buffett takeaway: invest, rather than speculate. In his 24-page letter, Buffett uses the examples of an office building in New York City and a farm he has visited only twice as investments he has held for the long haul, through the ups and downs of the market.

A farm and office building might strike some people as odd investments. Yet they are “classic Buffett” because they get to the heart of what is plaguing investors, who spend more time worrying about the price of an asset rather than its intrinsic value, Hagstrom says. “Investment is focusing on the asset and what that asset will earn, while speculation focuses on the price and predicting what the changes in price will be,” says Hagstrom.

Writes Buffett: “With my two small investments, I thought only of what the properties would produce and cared not at all about their daily valuations. Games are won by players who focus on the playing field—not by those whose eyes are glued to the scoreboard.”

That is the key takeaway from Buffett’s latest tome to shareholders, says Josh Brown, chief executive officer of Ritholtz Wealth Management in New York City and a frequent pundit. “He invests like an owner and keeps himself aware of his own weaknesses,” Brown says. “He buys companies that he prefers to own no matter what happens with the macroeconomic picture.”

Can investors tune out the incremental ups and downs of the market? That is a tall order.

But I do love this little nugget from Buffett: “If you can enjoy Saturdays and Sundays without looking at stock prices, give it a try on weekdays.” I just might try that one. 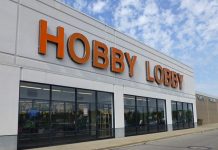 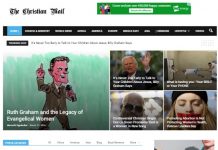 Advertise your Brand, Blog or Product on a Christian News Website from as low as $20