With the latest death toll from the West Africa Ebola epidemic now at 887, the World Bank Group today pledged as much as US $200 million in emergency funding to help Guinea, Liberia, and Sierra Leone contain the spread of Ebola infections, help their communities cope with the economic impact of the crisis, and improve public health systems throughout West Africa…report by World Bank

World Bank Group President Dr. Jim Yong Kim, a medical doctor experienced in treatment of infectious diseases, said the new financing commitment was in response to a call from both the three African countries hardest-hit by Ebola and the World Health Organization (WHO) for immediate assistance to contain the outbreak.

He said the World Bank Group would also step up social safety net assistance for affected communities and families and help to build up public health systems in West Africa to strengthen the region’s disease control capacity more generally. Kim said he would brief the Bank Group’s Board of Executive Directors as soon as possible on the latest state of the epidemic and seek their approval for the new emergency package.

“I am very worried that many more lives are at risk unless we can stop this Ebola epidemic in its tracks,” Kim said. ”I have been monitoring its deadly impact around the clock and am deeply saddened at how it has ravaged health workers, families and communities, disrupted normal life, and has led to a breakdown of already weak health systems in the three countries.”

Kim added: “The international community needs to act fast to contain and stop this Ebola outbreak. I believe this new World Bank emergency funding will provide critically needed support for the response to stop the further transmission of Ebola within Guinea, Liberia, and Sierra Leone, which would prevent new infections in neighboring at-risk countries.”

Kim, whose announcement came on the first day of the US-Africa Summit in Washington D.C, said that the new financial pledge would pay for urgently needed medical supplies, salaries for medical staff, and other vital materials to stabilize the health system, while also helping communities cope with financial hardship caused by the epidemic. The new Bank Group package will also help to build up the region’s disease surveillance and laboratory networks to guard against future epidemic outbreaks.

WHO leadership, he said, was vital to international and regional efforts to contain the Ebola epidemic, which is West Africa’s first-ever outbreak of Ebola virus disease but has become the largest ever in the nearly four-decade history of this disease. The World Bank Group he said would work in close coordination with the WHO and other partners such as ECOWAS, the Economic Community of West African States. The WHO has now set up an Ebola response center in Conakry.

“WHO welcomes this support from the World Bank, which comes at a time when concern about the Ebola virus disease is escalating,” said WHO Director General, Dr. Margaret Chan, in Geneva. “The demands created by this unprecedented outbreak outstrip the capacity of affected countries in West Africa to respond. So funding to increase national response capacities is a fundamentally important way to slow transmission and prevent spread to other areas.”

An initial World Bank-IMF assessment for Guinea projects a full percentage point fall in GDP growth from 4.5 percent to 3.5 percent. Agriculture has also been affected in all three countries as rural workers have fled farming areas in the affected zones. To date, there has been no measurable impact on the food supply.

Cross-border commerce has slowed considerably with land crossings closed to neighboring countries and more recently cancellation of flights. There have been noticeably fewer international flights to these countries, leading to lower revenues and financial inflows, and many projects involving expatriate workers or business travelers have been scaled down. In the mining sector, if the evacuation of skilled expatriate staff continues, there will be a sizable decline in production. In Liberia, schools have been closed as part of the government-declared state of emergency.

The World Bank’s Vice President for Africa, Makhtar Diop, said the Bank’s latest emergency response will also include social safety net measures to help families and communities trying to cope with financial loss as a result of the outbreak.

“We will build up safety net protection measures for families and communities in the affected countries in light of the further hardship we expect Ebola will create for people who were already poor and vulnerable to begin with. They face the prospect of losing breadwinners and widespread disruption of their livelihoods which is why over and above containing the spread of the epidemic we also must help people in West Africa cope with its impact on their lives,” Diop said. 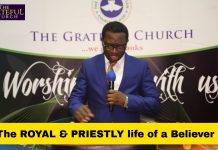 The Royal & Priestly life of the Believer 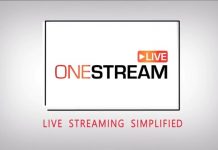