World Vision announced in a press release Friday that it has become part of a multi-million effort to combat the deadly Ebola epidemic.

With a grant from Europe’s Innovative Medicines Initiative (IMI), the Christian humanitarian organisation will work on the Ebola Vaccine Deployment, Acceptance and Compliance (EboDAC) project, a part of IMI’s $250-million Ebola+ programme aimed at providing a vaccine solution to the disease.

EboDAC is one of eight projects launched by IMI “to accelerate all aspects of vaccine development and manufacturing as well as deployment and compliance with vaccine regimens and diagnostics,” according to World Vision.

In partnership with Janssen Pharmaceutica, the Grameen Foundation, and the London School of Hygiene and Tropical Medicine, World Vision will work directly in West African communities to disseminate information regarding the potential vaccine and the disease, as well as to encourage people to get vaccinated.

“We are thrilled to be a partner in this critical fight against Ebola, which has ravaged communities where we work in places like Sierra Leone,” said Magnus Conteh, World Vision’s Health and Programs Coordinator in West and East Africa.

“We’ve seen firsthand the devastating impact the disease can have on families, leaving children orphaned and vulnerable. Although there is no vaccine or treatment against Ebola as yet, we hope by these groups coming together there will be a significant impact on both current and future outbreaks,” Conteh added.

A primary issue that the non-governmental organisation aims to address is the fear of shame or disgrace that many survivors and relatives of the infected face.

“The concern is that the stigma surrounding Ebola, coupled with a suspicion of vaccines in general, may deter people from getting vaccinated,” Conteh explained.

In a report published on World Vision Ireland’s website, Conteh described how not only geographical proximity, economic set-up, weak health care systems, and lack of awareness and resources, but also fear of stigmatisation, contributed to the rapid spread of the Ebola virus disease.

According to Conteh, many of those infected by the disease choose not to seek medical help, concerned that their communities will know of their condition. Even those who have survived the disease face the same fear of disgrace.

As of January 4, 2015, more than 8,000 lives have been lost to the current Ebola outbreak and more than 20,000 are confirmed or suspected to be infected with the virus, according to the World Health Organisation. With the staggering number of fatalities, the current Ebola epidemic is the largest outbreak known since the discovery of the virus in 1976. 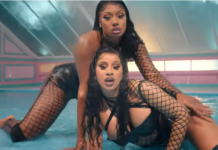 ‘WAP’ isn’t empowering women, it is objectifying them 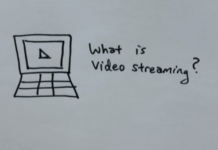 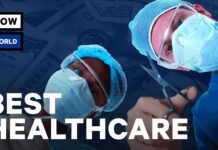 Which Countries Have The Best Healthcare ?