Apple has been criticised by the European Commission for not offering any “concrete and immediate” plans to stop users being misled by “free” apps…BBC report.

Many popular apps are free to download, but are designed to tempt users to pay for in-game enhancements – often allowing for quicker progression.

The Commission is now forcing Apple and Google, the biggest vendors of apps, to make the “true cost” of games clear.

But it singled out Apple for not making a commitment to change.

“Regrettably, no concrete and immediate solutions have been made by Apple to date to address the concerns linked in particular to payment authorisation,” the Commission said in a statement.

“Apple has proposed to address those concerns. However, no firm commitment and no timing have been provided for the implementation of such possible future changes.

“CPC [consumer protection co-operation] authorities will continue to engage with Apple to ensure that it provides specific details of changes required and put its practices into line with the common position.”

The Commission said national authorities had the option to take legal action against companies that were deemed not to be complying with Europe’s guidance on free apps.

In a statement, Apple said it was doing “more than others” to protect parents.

“These controls go far beyond the features of others in the industry,” an Apple spokesman said.

“But we are always working to strengthen the protections we have in place, and we’re adding great new features with iOS 8, such as Ask to Buy, giving parents even more control over what their kids can buy on the App Store.”

Google is said to have decided on a number of changes due to come into force by September.

The Commission said: “These include not using the word “free” at all when games contain in-app purchases, developing targeted guidelines for its app developers to prevent direct exhortation to children as defined under EU law, and time-framed measures to help monitor apparent breaches of EU consumer laws.

“It has also adapted its default settings, so that payments are authorised prior to every in-app purchase, unless the consumer actively chooses to modify these settings.”

As the app market has boomed, in-app purchases have been a point of controversy between consumers and technology companies.

Unlike the traditional business model for games – where a title will be purchased outright – the so-called freemium model has proved particularly lucrative for games makers.

However, there has been criticism that it is too easy for players, particularly children, to find themselves with huge bills as a result.

In some cases, in-app purchases cost well over £100.

Google, Apple and Amazon have all faced legal action relating to claims they mislead customers.

Last year, Apple agreed to refund parents $32.5m (£19.9m) as part of an agreement with the US Federal Trade Commission.

Apple will soon update its iOS mobile operating system to include more safeguards for parents to prevent accidental purchases within apps.

“In-app purchases are a legitimate business model, but it’s essential for app-makers to understand and respect EU law while they develop these new business models.”

Tiga, the trade association for games developers in the UK, welcomed the guidance but stressed free-to-play’s role as an important revenue stream for businesses.

“Our own findings show that 95% of consumers never pay anything for free-to-play games.

“So given this is a model which generally delivers fantastic value for consumers, this co-ordinated approach will help protect that value, and ensure a bright long-term future for the free-to-play sector.” 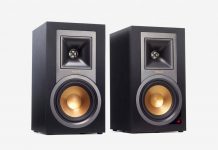 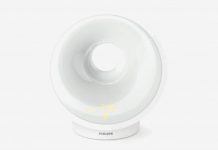 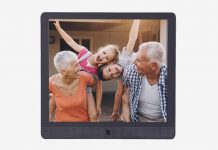