Charis Bible College to presents a Spring Musical, David: The King of Jerusalem 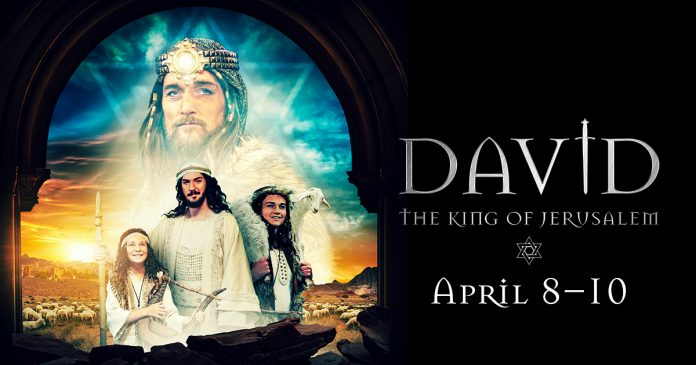 The musical, written and co-directed by Elizabeth and Robert Muren, portrays how on the eve of a royal banquet in Jerusalem, an elderly King David prepares to choose a successor from among his sons. A sinister conspiracy comes to light that threatens his kingdom and forces the king to flee his city, relying on God as he had in his younger days.
This musical production features a cast of over eighty members of actors, singers, and dancers from Charis Bible College. The songs are written by Elizabeth and Robert Muren, and the musical score is produced by Swedish Charis producer, Jakob Olofsson.

Elizabeth and Robert Muren have cowritten and produced several musicals previously performed in the 3,150-seat auditorium at Charis Bible College, including God with Us, Esther: The Queen of Persia, The Heart of Christmas, and In God We Trust, a musical celebrating Independence Day.

This year’s spring musical, David: The King of Jerusalem, takes the audience on a journey through David’s life from being a young shepherd boy in Bethlehem to being the King of Israel. Powerful musical numbers, large dance scenes, and dramatic film backgrounds create a spectacular experience for young and old alike.

In addition to the musical production, guests and the community are welcomed to visit Charis for the annual Spring Market, featuring local handmade and hand-crafted goods. The Spring Market is free and open to all before, during, and after each showing of the musical.

Go to TheKingOfJerusalem.com for event and ticketing information.

Charis Bible College is a Bible training college founded by Andrew Wommack to equip graduates through teaching and practical, hands-on training to serve in both the secular and Christian workforce. It is headquartered in Woodland Park, Colorado, and currently has fifty campuses around the world. Go to CharisBibleCollege.org to learn more.