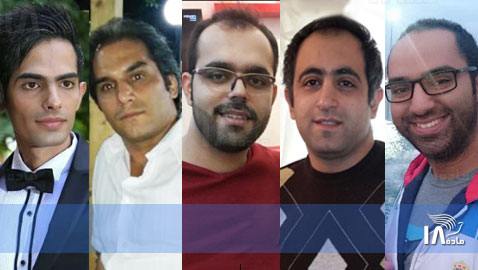 Three Iranian Christian converts have been charged with “acting against national security” and illegal consumption of alcohol during Holy Communion. (Non-Muslims are permitted to drink alcohol in Iran, but leaving Islam is forbidden, so any such conversions are not recognised.)

Yasser Mossayebzadeh, Saheb Fadaie and Mohammad Reza Omidi – all from Muslim backgrounds – were charged at a court hearing in the northern city of Rasht on 10 September. If found guilty, they are likely to be flogged. In 2012, Omidi was one of four Christians given 80 lashes after being convicted of the same charge.

Mossayebzadeh, Fadaie and Omidi were arrested on 13 May alongside Youcef Nadarkhani, a pastor once sentenced to death for apostasy, and his wife, Tina. The couple were released later that day, but the three others were detained. Nadarkhani was later also charged with acting against national security, although World Watch Monitor understands he was not obliged to attend the hearing on 10 Sep.

A verdict is expected within 10 days.

More than 200 Christians have been detained by Iranian authorities since 2015. Many are in jail, while others have been released conditionally, pending sentencing or an appeal.

MEC’s Rob Duncan said that at least 43 Christians were arrested in August alone.

“The Iranian regime is conducting a very active campaign against house churches at the moment and leaders of house churches are harassed and put under pressure,” he said.

An Iranian Christian leader once sentenced to death for apostasy, Youcef Nadarkhani, has now been charged with acting against national security.
Nadarkhani, who belongs to the non-Trinitarian Church of Iran, was released on 24 July on the condition of raising 1 billion rials (US$ 32,000) for bail within a week, or facing arrest.

He was also accused of being Zionist and informed that he had no right to evangelise.

Nadarkhani was initially arrested in 2009 and charged with apostasy after questioning why his children’s school only taught Islam in their religious education, which he said was unconstitutional.

Amnesty International has criticised Iran’s “cruel” denial of medical care in its prisons. It mentions the case of Maryam Naghash Zargaran, an Iranian Christian who has undertaken two hunger strikes to protest against her being denied the medical treatment she requires for long-standing health issues.

On 31 Aug, Zargaran was for the third time allowed to leave prison to receive medical treatment. Her family have said they hope that this time she will be given long enough to receive adequate care.

In October 2015 and in June 2016 she was briefly released for treatment but both times forced to return to prison before it was complete. After her latest hunger strike, which ended on 2 Aug., Middle East Concern said her health had deteriorated further.

Zargaran, a convert from Islam, is three years into her sentence at Tehran’s Evin prison. She was originally arrested in January 2013, in connection with her work at an orphanage alongside Saeed Abedini, who was also imprisoned, but eventually released in January this year.