Pete Buttigieg has “surged to a 10-point lead in New Hampshire’s first-in-the-nation presidential primary,” according to a poll released yesterday. The New York Times reports that he also holds a “commanding lead” in Iowa’s presidential caucuses.

Buttigieg is a graduate of Harvard and studied at Oxford as a Rhodes scholar. He served in the military in Afghanistan, reportedly speaks eight languages, plays the guitar and piano, and is active in the Episcopal Church. His debate performances have displayed his obvious intelligence and grasp of policy detail. In many ways, he seems an ideal fit for many Democratic voters.

Buttigieg is also gay and is married to his husband, Chasten. An LGBTQ advocacy magazine named him one of fifty “trailblazing individuals who actively ensure society remains moving toward equality, acceptance and dignity for all queer people.” In their view, he is “reshaping politics and driving the religious right crazy in the process.” How our society has changed on same-sex marriage

As the leader of a nonpartisan ministry, my purpose today is not to endorse or criticize Mr. Buttigieg as a politician. Rather, it is to note the degree to which his popularity highlights our society’s acceptance of homosexuality.

By contrast, only 32 percent of non-evangelical Americans have “warm feelings” toward white evangelical Christians, the group most identified for its opposition to same-sex marriage.

A recent essay in the Wall Street Journal notes that 44 percent of Americans aged eighteen to twenty-nine say they identify with no religion; one of the reasons most cited by “nones” for their antipathy is that they “don’t like the positions churches take on political/social issues.” The… 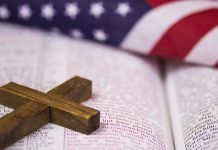